Zazu's View is a paperback book inspired by The Lion King.[1] It was published by Western Publishing Company, Inc. in December of 1994.

Zazu tells the story of The Lion King from his point of view.

The book begins with Zazu flying about Pride Rock. He introduces himself and explains that today is the day that Simba, son of Mufasa and Sarabi, is being presented to the Pride Lands. The next day, while Mufasa is teaching Simba about his future status, Zazu appears and warns Mufasa about hyenas that have entered the Pride Lands. The king orders Zazu to take Simba home, and the hornbill complies, believing fighting hyenas to be no job for a young cub.

Later, Zazu babysits Simba and Nala, and the plans for their future marriage slips from his beak. Simba argues with Zazu, and soon, the musical number "I Just Can't Wait to be King" ensues; with Zazu engaged, Simba and Nala run off. Zazu catches the pair in the Elephant Graveyard, however, and orders them to leave, but suddenly three hyenas appear. Zazu attempts to protect the cubs, but to no avail. Simba and Nala dash off, and Zazu himself is forced into a thermal steam vent and blasted into the sky. Just then, Mufasa arrives and fights off the hyenas, much to Zazu's relief.

The next day, however, Simba is caught in the midst of a wildebeest stampede. Zazu flies ahead and assures the cub that help is on the way. Soon Mufasa arrives and Zazu directs him toward Simba. The hornbill then considers going back to Pride Rock for help, but an unseen force knocks him unconscious. That evening, Scar addresses the pride and breaks the bad news to them that Mufasa and Simba are dead. The king's brother then assumes the throne, much to Zazu's horror.

Zazu serves as Scar's advisor, singing to him when he pleases. Years later, Zazu witnesses Sarabi standing up to Scar, but the cruel king strikes her down. Suddenly, Simba appears! Simba and the pride lunge into battle against Scar and his hyenas, and soon Zazu joins the fight. After Simba throws Scar to his death, they are victorious.

Soon the Pride Lands regain their lushness, and Simba and Nala, now mates, have a cub. Zazu, soaring happily over the heads of the new king and queen, smiles to himself, knowing that it will be his job to raise the new cub along the path of its fathers. 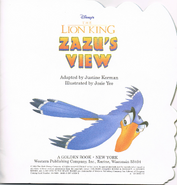 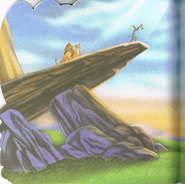 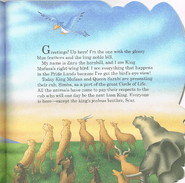 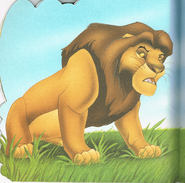 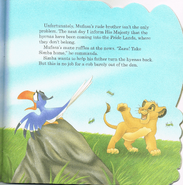 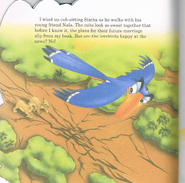 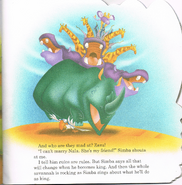 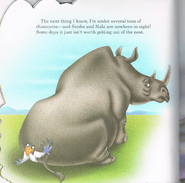 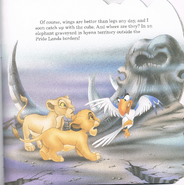 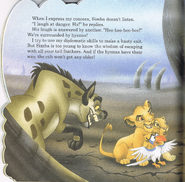 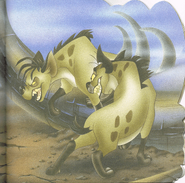 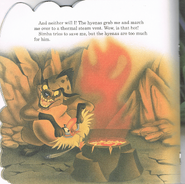 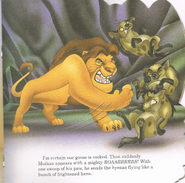 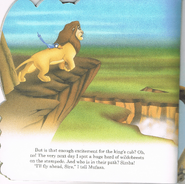 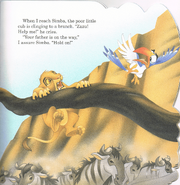 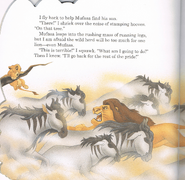 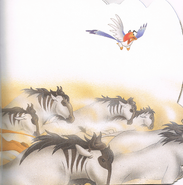 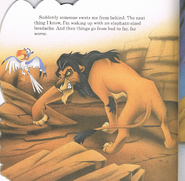 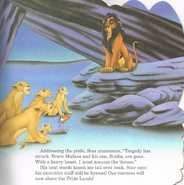 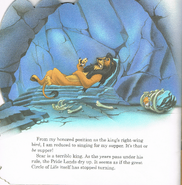 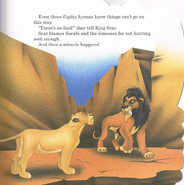 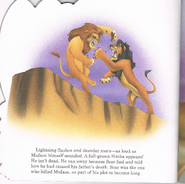 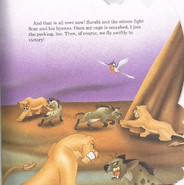 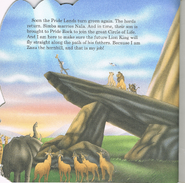 Retrieved from "https://lionking.fandom.com/wiki/Zazu%27s_View?oldid=208596"
Community content is available under CC-BY-SA unless otherwise noted.