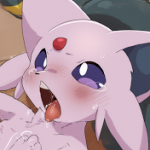 aka YA HOMEBOY, PETER

Tooth Tunes is a children's toothbrush released by the Tiger Electronics division of Hasbro in 2007. A single toothbrush has a manufacturer's suggested price of US$9.99. Each brush plays a two-minute song clip from a particular artist to encourage a child to brush their teeth for the dentist-recommended two minutes. A single toothbrush comes with one song. The toothbrush is officially accredited by the British Dental Health Foundation.Once activated, a small CPU in the handle plays the featured song on the chip by transferring vibrations through the bristles, which act as transducers, into the front teeth, through the jawbone, and into the inner ear. The user hears a mix between a natural vocal hum and the song being played. The intended result was for the music only to be audible to its user, however the music emanating from the toothbrush can be heard by those nearby, with increasing volume as pressure is applied to the brush head.Andrew Filo, one of the toothbrush's inventors, said that he worked on the project because of his childhood fascination with his ability to hear himself humming.In September 2012 Arm & Hammer Spinbrush rereleased the toothbrushes with new songs. (no, i'm not active, but i'll reply to messages, and help you do whatever you want. i like pokemon)

Retrieved from "https://lionking.fandom.com/wiki/User:Doctor98?oldid=127453"
Community content is available under CC-BY-SA unless otherwise noted.