"The Zebra Mastermind" is the twenty-second episode of Season 2 of The Lion Guard. It aired on September 5, 2018.

“After hearing Thurston boast that he's the brains behind the Lion Guard, the villains of the Outlands capture him to find a way to defeat the Guard.”[1]

"The Outlands villains learn about Thurston's boast about being the brains behind the Lion Guard and plan to capture him in order to finally defeat them."[2]

The Lion Guard saves a pair of hyraxes from a dust devil. Nearby, Thurston the zebra is aggravated by the storm and proclaims to the Lion Guard that they should be putting a stop to the dust devils. Just then, Ono spots another dust devil, and Kion leads the team to the site of the storm.

With the Lion Guard gone, Thurston brags about how he is the true mastermind behind the Guard ("The Zebra Mastermind"). Unbeknownst to Thurston, Cheezi and Chungu are listening from the underbrush. The two hyenas hatch a scheme to kidnap Thurston and force him to spill all of the Lion Guard's secrets. They then lead him away with the promise that he can attend a party with them in the Outlands.

Elsewhere, the Lion Guard rescues a pangolin from a dust devil.

In the Outlands, Thurston informs the hyenas that the Lion Guard sneezes uncontrollably if exposed to red flowers. Cheezi and Chungu race off to use this information against the Lion Guard, while Thurston stays behind, pondering if it had been himself who was subject to the flowers.

Back in the Pride Lands, the Lion Guard is helping the pangolins when Cheezi and Chungu attack them with red flowers. Beshte uses his strength to dispatch of the two, and Kion wonders why the attack had been so odd. The team then takes off to deal with another dust devil.

Meanwhile, Goigoi is tasked with finding food by his mate, Reirei. He happens to notice Thurston sitting idly in a clearing and approaches him with the intention of eating him. However, he pauses when Thurston mentions that he has inside knowledge on the Lion Guard. Thurston explains that the Lion Guard often overlooks him due to his stripes, and Goigoi wonders if he could use the same tactic to defeat them. As Goigoi leaves to deal with the Lion Guard, Thurston wonders if he had been unnoticeable only because he was lost in a herd of other zebras.

Across the savanna, the Lion Guard rescues Mbuni and two other ostriches from sand that has filled up a gully. Goigoi approaches with berry stripes painted on his fur, but is soon noticed by the Lion Guard. Disappointed, he retreats, and Fuli questions the strange occurrences.

In the Outlands, Tamka and Nduli have their own encounter with Thurston, who tells them that the Lion Guard will fall asleep if their bellies are tickled. However, as the crocodiles depart, Thurston realizes that he had been talking about his own quirk, not the Lion Guard's.

The crocodiles attempt to tickle the Lion Guard's bellies, only to be blown away by Kion's Roar of the Elders. Defeated and humiliated, the crocodiles return to the Outlands, where they learn that Cheezi, Chungu, and Goigoi have suffered similar failures. The five agree that Thurston has been lying to them and that he should be dealt with.

Meanwhile, Kion voices his concern that Scar is behind the attacks, and orders Ono to scout out the Outlands. Ono soon spots Thurston being beset by Cheezi, Chungu, Goigoi, Nduli, and Tamka. Since he is a Pride Lander, Kion decides that it is their duty to save him. 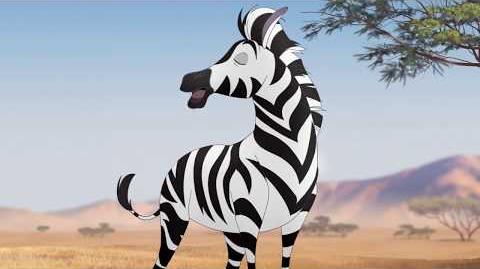 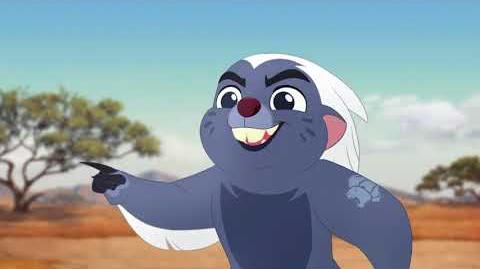 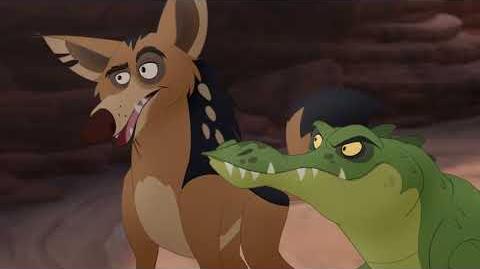 Retrieved from "https://lionking.fandom.com/wiki/The_Zebra_Mastermind?oldid=229557"
Community content is available under CC-BY-SA unless otherwise noted.