"The Wisdom of Kongwe" is the eighteenth episode of Season 2 of The Lion Guard. It aired on April 3, 2018.

"Fuli and Makini are tasked with escorting one of the Pride Lands’ wisest animals, a tortoise named Kongwe, to Pride Rock."[1] *CCH Pounder ("Avatar") guest stars as Kongwe.[2]

Kion and Simba consult Mufasa's spirit about the troubling return of Scar. Though Mufasa has never experienced the return of an evil spirit, he assures his family that the strength to defeat Scar lies in themselves, as well as in the rest of the Pride Lands. As Mufasa's spirit departs, Kion questions his father as to whether Mufasa had been referring to a specific animal, and Simba comments that he has someone in mind.

At Pride Rock, Rafiki tasks Makini with finding Kongwe, who is the oldest and wisest animal in the Pride Lands. Beshte comments that Kongwe lives near the Urembo River, which is a half-day's walk from Pride Rock. Simba worries that this is too long of a delay, but Fuli volunteers to lend her assistance in order to speed up the trip. While she and Makini depart to find Kongwe, the rest of the Lion Guard sets off on patrol.

Fuli and Makini travel to Urembo River, where Makini confesses that she does not know Kongwe's species. While searching for her, Fuli accidentally steps on Kongwe's shell, alerting the tortoise to their presence. The two realize that they have found Kongwe, and Makini informs her that Simba desires her presence at Pride Rock. Kongwe attempts to offer words of wisdom to the two, but only Makini is receptive to the tortoise's advice.

Meanwhile, the Lion Guard spots a group of hyraxes attempting to cross a rock bridge. Ono realizes that the bridge is unstable, and the Lion Guard warns the hyraxes away moments before the rocks give way and collapse. The team worries that the hyraxes will be unable to reach a watering source, so Beshte makes a bridge by hoisting a rock onto his back and holding it up for the hyraxes to cross.

Across the Pride Lands, Fuli attempts to hurry along Kongwe, who makes frequent stops to observe her surroundings. Fuli attempts to explain her lifestyle to Kongwe by singing "The Faster I Go", but the plan backfires when Kongwe withdraws into her shell to ponder Fuli's words.

Elsewhere, Ono spots a herd of elands trapped in a wildfire at the Poromoko Crevasse. The Lion Guard hurries away to rescue them.

In the meantime, Fuli grows impatient with Kongwe and attempts to move the tortoise herself. However, when she and Makini push on Kongwe's shell, the tortoise topples down the side of a shallow ravine. With no choice but to lead Kongwe through the ravine, Fuli and Makini join her on lower ground and begin to guide her back toward Pride Rock.

Along the way, Kongwe marvels at a dead tree, which is clinging weakly to the side of the ravine. As she watches, the tree's roots spring free of the dirt, and the tree topples to the ground. To Fuli's relief, Kongwe is unharmed. However, Fuli realizes that they cannot move Kongwe around the tree and so leads the team through the Back Lands in order to reach the Pride Lands once more.

Once in the Back Lands, the three are confronted by Makucha the leopard, who expresses interest in eating Kongwe. Fuli jumps to the tortoise's defense, and Makucha backs off, though he warns Fuli that they are in his territory.

In the Pride Lands, Ono guides the rest of the Lion Guard through the smoke to where the elands are. The team then leads the elands away from the fire to a canyon. However, as Beshte starts to lead them down into the canyon, a spark sets nearby bushes on fire, blocking the path. Ono worries that the narrowest part of the canyon is not short enough of a distance for the elands to jump, so Kion orders Beshte to make another bridge, as he had for the hyraxes. Beshte does as he is told, and the elands cross safely to the other side.

Meanwhile, Fuli and Makini continue guiding Kongwe through the Back Lands. Suddenly, Makucha jumps out of the underbrush, and Fuli gives chase. However, Makucha skillfully evades her and climbs into a tree. Fuli attempts to follow him into the branches, but gets her claws stuck in the tree trunk. Makucha takes advantage of her prone position to attack Kongwe, but Fuli wrenches herself free just in time and fends him off.

After the attack, Kongwe advises Fuli to observe Makucha in order to defeat him. At first, Fuli is adamant that she has already observed Makucha, but then she realizes that Makucha always zigzags in order to outpace Fuli. With this new wisdom, Fuli resolves to take him on once more.

Fuli approaches Makucha and challenges him to another fight. This time, Fuli anticipates Makucha's zigzagging strategy and manages to catch up to him and pin him down. She orders him away from Kongwe, to which he begrudgingly backs off and leaves. Kongwe watches in amazement, as she had not expected a cheetah to listen to a tortoise.

At sunset, Fuli, Makini, and Kongwe converge with the rest of the Lion Guard. Together, they go to Pride Rock, where Kongwe advises Simba and Kion to be patient. Though Simba is confused by Kongwe's cryptic words, Fuli translates it to mean that they will find a solution eventually and that they just need to continue searching. Kongwe then assures Simba and the Lion Guard that good always triumphs over evil in the end. 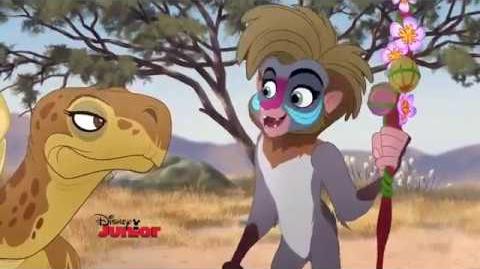 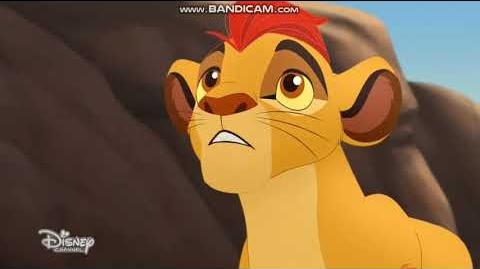 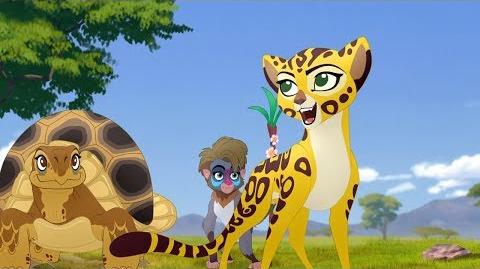 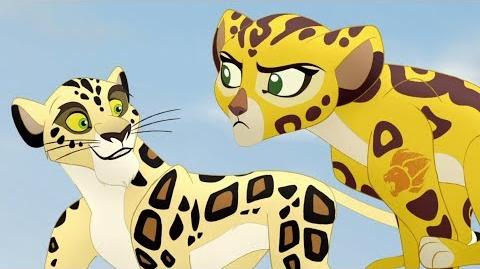 Retrieved from "https://lionking.fandom.com/wiki/The_Wisdom_of_Kongwe?oldid=237158"
Community content is available under CC-BY-SA unless otherwise noted.