The Swine in the Stone

"The Swine in the Stone" is the second segment of the fifteenth episode of Season 3 of The Lion King's Timon & Pumbaa. It aired on April 9, 1999, alongside "Two for the Zoo".

"The boys have to get the sword from the stone to help Quint fight a dragon."[1]

Timon tries to trick Quint into thinking that he and Pumbaa pulled Excalibur of the rock by using one of the other swords. But Quint is not convinced and makes Timon and Pumbaa go back to the rock. Timon reads a note on Excalibur, which is that they have to go see the lady of the lake to help them. Timon and Pumbaa go to a lake and find a man instead of a lady. The man shows the two the "pancake of doom" which would magically take Excalibur out of the rock.

Timon and Pumbaa show Quint the "pancake of doom" and do a magic trick to make Excalibur come out of the stone, but the magic doesn't work. After Quint throws Timon and Pumbaa back to the rock, Timon sees some pieces of the rock breaking due to the two landing on it.

Timon therefore gets explosive objects to blow up the rock while Quint is finished with his lunch. After Timon blows up the rock, Excalibur flies in the air, much to Timon and Pumbaa's overjoy, but unfortunately lands in another rock. Quint is oblivious about the sword being in the rock, believing it got removed. Timon, Pumbaa, and Quint see the dragon about to attack.

Quint smashes the dragon with the rock, making the dragon give up. Quint sees that Excalibur is still stuck in a rock and gets angry at Timon and Pumbaa. But when Timon explains what just happened, the knight decides to use the rock as a weapon instead of Excalibur itself. 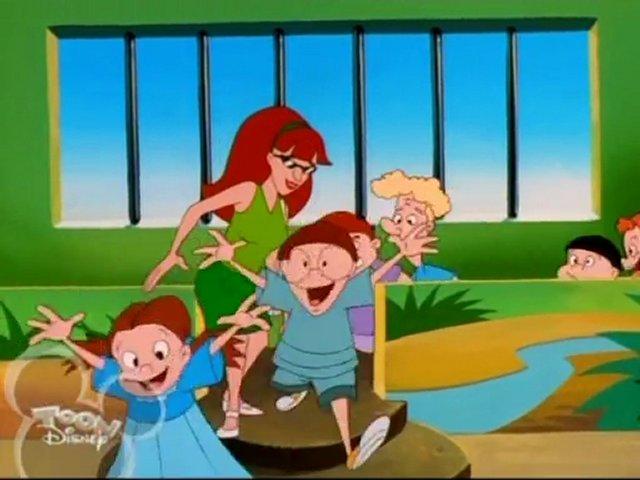