"Fuli learns a lesson in teamwork when she takes on a mission alone and overexerts herself, leaving her defenseless against attacking vultures."[1]

"The Search for Utamu" begins by introducing Kion, the prince of the Pride Lands, and his friends, Beshte, Bunga, Fuli, and Ono. At the start of the episode, the five friends are checking on a herd of cape buffalo when they realize that the herd has settled near a geyser. When the geyser explodes, the herd takes off in a panic, but they are brought to a halt by Fuli, who circles them until they calm down.

The rest of the Lion Guard arrives, impressed, but no sooner have they abated the danger when three galagos cry out for help. Before Kion can instruct his team, Fuli rushes to the rescue, saving them on her own. Kion lectures her for rushing ahead of them, but Fuli reminds him that she'd known she could handle it by herself.

Shortly afterward, the team stumbles across Mapema Rock, where Bunga resolves to hunt for Utamu grubs, but as the honey badger is explaining himself to his friends, the Lion Guard hears a cry for help. Ono scouts ahead and reports that a serval has tried to jump across Big Ravine. Once again, without waiting for instruction, Fuli makes the save on her own, and Kion confronts her in a fury.

After the argument, Kion instructs Fuli to rest while the other members of the Lion Guard help Bunga find Utamu grubs. When the group appears to get lost in their search, Bunga instructs them to follow the dung beetles, and the friends take off after a group of dung-rolling beetles.

Meanwhile, Fuli is interrupted by a bird, who begs her to drive off a pair of oryxes that are fighting near their nests. Fuli accepts the mission, but the bird asks if she'll need the rest of the Lion Guard to watch her back. Fuli retorts that there's no time, and the two take off to save the eggs.

While following the dung beetles, Bunga tells his friends about the day he'd met his uncles, Timon and Pumbaa. Long ago, when he'd just been a young honey badger, he'd encountered Timon and Pumbaa singing "Utamu". Instantly smitten, Bunga had begun following them around until Timon had instructed him to climb a tree and fetch them some Utamu grubs. When Bunga had succeeded and given the grubs to Timon, the meerkat had allowed him to stay, and the three have lived together ever since.

Back across the Pride Lands, Fuli races to the rescue and drives the oryxes away from the bird nests. However, after the mission, she becomes so exhausted that she collapses beneath the tree of a flock of vultures. After the flock sings "All Hail the Vultures", they spot Fuli resting beneath their tree and resolve to make her into their next meal.

As the vultures descend on Fuli, Bunga attempts to climb a tree to fetch some Utamu for his uncles, but the branch breaks, and the Utamu fall into the river below. As Bunga grieves, Kion gently reminds him that they've just spotted vultures circling over the savanna and that an animal may need their help.

Sure enough, Fuli is set upon on all sides by Mzingo and his flock. Just in time, the Lion Guard fights them off, and Kion uses the Roar of the Elders to blow the flock away. Once the vultures are gone, Fuli thanks her friends for saving her and promises to wait for them on the next mission.

After Fuli is rescued, the Lion Guard travels to Hakuna Matata Falls, where Bunga admits to his uncles that he's failed to catch them any Utamu. Timon gently reminds the honey badger that they celebrate not because of the Utamu, but because of their relationship with Bunga. They then reveal that Utamu grubs had fallen out of the sky, and the group shares in a feast of grubs. 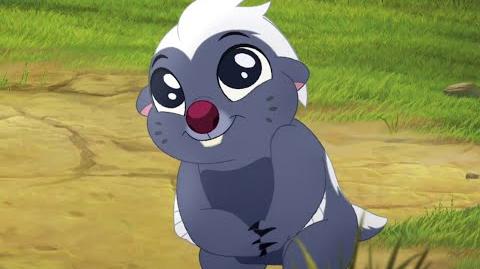 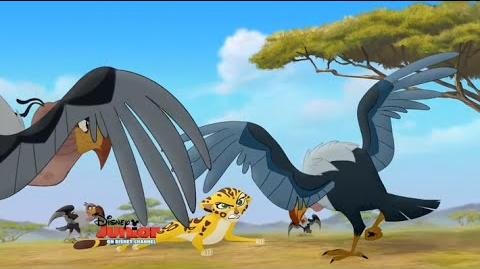 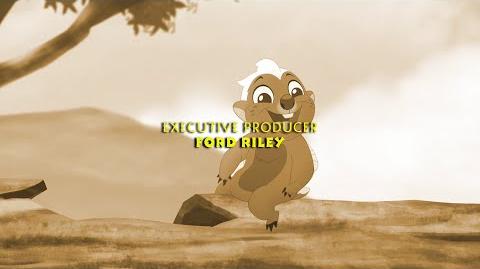 Retrieved from "https://lionking.fandom.com/wiki/The_Search_for_Utamu?oldid=229517"
Community content is available under CC-BY-SA unless otherwise noted.