"The Queen's Visit" is the twenty-seventh episode of Season 2 of The Lion Guard.  It premiered on February 18, 2019.

Dhahabu, the queen of the Back Lands, arrives in the Pride Lands to discuss a water treaty between the kingdoms ("Prance With Me"). After meeting with Simba atop Pride Rock, Dhahabu is escorted on a tour around the kingdom by Kiara, Tiifu, and Zuri. The Lion Guard tags along at Dhahabu's insistence. Unbeknownst to the group, Scar's lackeys, Shupavu and Njano, spy on the proceedings.

In the middle of the tour, a bolt of dry lightning ignites the plains, endangering Dhahabu. While Kiara, Tiifu, and Zuri manage to escape, Dhahabu hesitates, and Fuli is forced to shout at her to jolt her out of her panic. Together, the two jump over the fire to safety, and the rest of the Lion Guard successfully puts out the fire.

After the rescue, Dhahabu praises Fuli for her bravery and Tiifu and Zuri for remaining at her side throughout the ordeal, and insists that the three of them stay with her for the remainder of her visit. Though Fuli is reluctant to leave the Lion Guard, Kion reminds her that they must appease Dhahabu for the sake of the treaty, and she reluctantly agrees.

Meanwhile, in the Outlands, Shupavu and Njano inform Scar of Dhahabu's visit to the Pride Lands. Scar schemes to end the treaty between the two kingdoms and sends his jackal minions after Dhahabu.

After the fight, Kion questions Raha and Starehe on their motivations, and they explain that Dhahabu keeps them around to be a positive influence. If they were to become her bodyguards, they would lose that illusion of happiness.

Not long after, Dhahabu is freshening up in a water hole when the jackals attack again, this time with crocodile allies. Ono informs the Lion Guard of the predicament, and Raha and Starehe race off to defend their queen. This time, they fight in front of Dhahabu, who is incredulous at their skills.

After the fight, Dhahabu relieves Fuli, Tiifu, and Zuri of their duties and appoints Raha and Starehe in their stead. Together, the group returns to Pride Rock, where Dhahabu renews her water treaty with the Pride Landers. 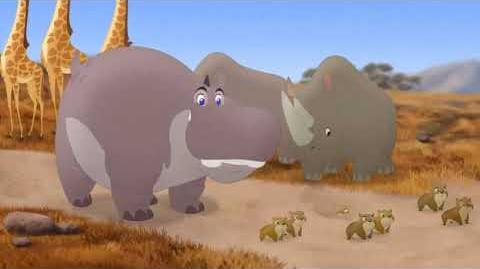 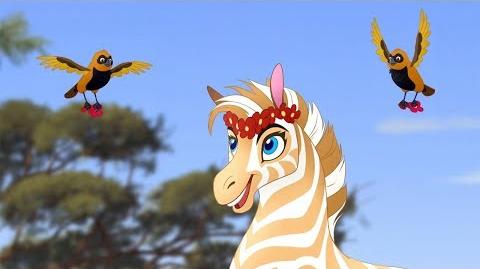 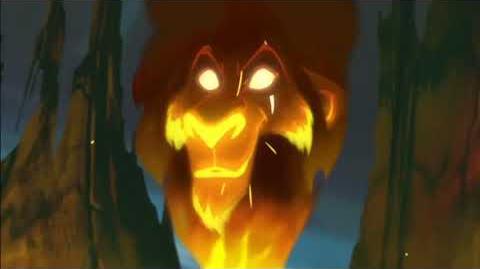 Retrieved from "https://lionking.fandom.com/wiki/The_Queen%27s_Visit?oldid=292564"
Community content is available under CC-BY-SA unless otherwise noted.