"The Mbali Fields Migration" is the twelfth episode of Season 1 of The Lion Guard. It aired on April 22, 2016.

"Kion and the Guard must lead a large herd through the Outlands to find a less crowded grazing ground."[1]

"The Mbali Fields Migration" begins by introducing Kion, the prince of the Pride Lands, and his friends, Beshte, Bunga, Fuli, and Ono. At the start of the episode, the five friends are rushing to stop a herd of gazelles from fighting with a herd of zebras. Once there, Beshte recognizes the gazelles as being Swala's herd and the zebras as being Muhimu's herd. Beshte is perplexed because Swala and Muhimu have always been friends.

The Lion Guard rushes down the slope to put a stop to the fight, but once there, Bunga gets sat on by an actively fighting Muhimu. Despite the honey badger's predicament, the two herd leaders continue squabbling until Kion steps forward, roaring for silence. With the herds now paying attention, he and Beshte point out that the grazing grounds in the Pride Lands are open to everyone, but Muhimu and Swala explain that there's only one small patch of grass left for them to share.

Kion goes to his father, Simba, for advice, and the king advises his son to take the herds to Mbali Fields, a grazing ground on the edge of the Pride Lands. A shocked Kion wonders if he is adept enough to lead a migration, but Simba assures him that he will do fine.

Across the Pride Lands, Bunga announces to the herds that they're going to be taken across the Pride Lands to Mbali Fields. During his announcement, he runs into Muhimu, but she refuses to acknowledge that she'd sat on him earlier. She then tells Bunga that her need to reach the grazing ground is imperative.

Meanwhile, Ono reports back to Kion about a route they can take to Mbali Fields. After Ono's report, Kion announces to the herds that he will be leading them to Mbali Fields, and the two herds cheer for him. With a proud Kion in the lead, the herds set out, and "A Trail to Hope" plays as the combined herds follow Kion through the Pride Lands.

Eventually, the herds make it to a canyon, where Kion attempts to encourage the gazelles and zebras through their fatigue and hunger. Ono then assures Kion that they're close, though he voices his worries about an oncoming storm. As the herds pause to behold Mbali Fields, Muhimu loses patience and begins to charge down the canyon with her herd. Not to be outdone, Swala and her gazelles tear after them.

A frantic Lion Guard attempts to stop them, but, too late, a huge pile of rocks falls into the midst of the canyon, blocking the way into Mbali Fields. As more rocks continue to fall, Bunga leaps onto Muhimu, rescuing her, and she realizes that he has just saved her life. Meanwhile, Kion realizes that they must scout out another route, for the rocks are unmovable. Ono rushes to fulfill this new command, but when he returns to Kion, he admits that the only other way to Mbali Fields takes them through the Outlands. Grimly, Kion accepts their fate.

As the herds set out, the storm breaks over the canyon, and the combined herds begin to complain about Kion's leadership. No sooner have they finished griping when a flash flood forces the herds to race to higher ground. While Ono leads the herds to higher ground, Kion and the rest of the Guard rescue those still trapped in the rising waters, including Muhimu, who finds herself in Bunga's debt once more.

Once the herds are safe, they begin to complain about Kion, criticizing his choice to take them through the canyon. Dejected and hurt, Kion seeks counsel from his grandfather, Mufasa, who advises him to have confidence in himself and not depend on the opinions of others. After the talk, Kion returns to the herds with new energy, but they continue to gripe against him, refusing to trust him, until Muhimu speaks up and takes the blame for starting the stampede. She then promises to make things easier from now on, and Kion thanks her for her loyalty.

Thanks to Muhimu's words of encouragement, the herds trust Kion to lead them into the Outlands. However, just as they've entered the Outlands, Muhimu begins to go into labor, and Kion is forced to make a difficult choice. While he sends Beshte, Fuli, and Ono ahead to keep leading the herds, he and Bunga stay behind to help Muhimu give birth.

Under the careful watch of Swala and several others, Muhimu gives birth to a son. No sooner has the zebra foal been born when he emits a loud bray, which attracts the attention of Janja and his minions, Cheezi and Chungu. The three plunge down the ridge in the hopes of scattering the gazelles and zebras, but Kion orders them to protect Muhimu and her foal while he and Bunga take on the hyenas.

Together, Bunga and Kion distract Cheezi and Chungu, but Janja manages to break through their defense to attack the zebras. However, he is kicked in the face by Muhimu's foal, and the hyenas scramble to get away, having been bested by the herds' teamwork. With the hyenas defeated, the Lion Guard leads the rest of the gazelles and zebras home, where Bunga plays happily with Muhimu's foal. 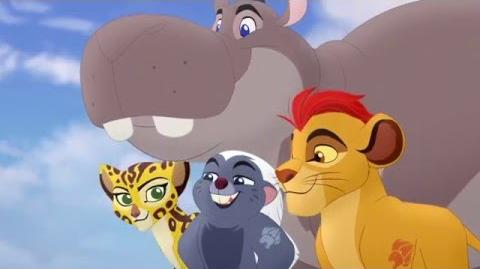 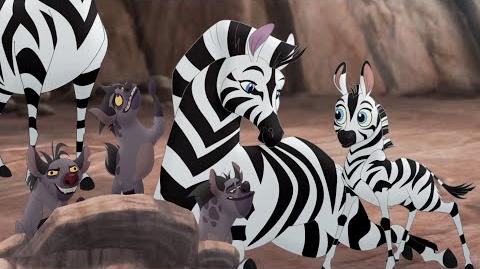 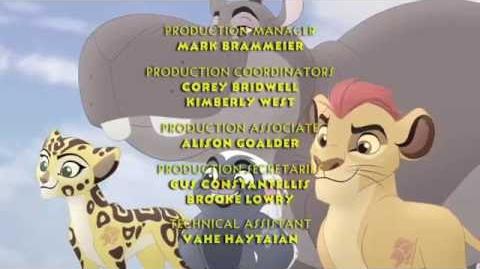