"The Lion Sleeps Tonight" is a song originally written by Solomon Linda as "Mbube" that was sung by Lebo M with his South African choir. The song was first used in The Lion King franchise by Timon and Pumbaa, who sung the song in the original film. Lebo M recorded the song for the Rhythm of the Pride Lands CD, which was later heard in The Lion King 1½.‎ The song was also used in The Lion King stage musical productions and a music video featured as part of the 3rd episode of The Lion King's Timon & Pumbaa, where Timon and Pumbaa (and Rafiki) sing the song while they are unaware that they're being stalked by a real lion, which later turns out to be Simba. The music video was produced by Ashley Quinn and directed by Darrell Van Citters and aired on September 16, 1995, alongside "Brazil Nuts" and "South Sea Sick".

Disney's use of this song in the film and musical stage productions of The Lion King prompted a lawsuit on behalf of the descendants of Solomon Linda. In July 2004, the court ruled that Disney owed $1.6 million in royalties for the use of "The Lion Sleeps Tonight" to Linda's descendants.

The Tokens were famous for this song in the 1960's. 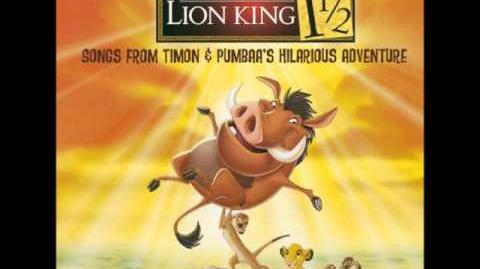