The Lion Guard: The Rise of Scar is a compilation of episodes from The Lion Guard. It was released on January 9, 2018.

"Kion and the Guard take on the ultimate challenge when a ruthless enemy returns to the Pride Lands and threatens the Circle of Life. With the arrival of the Dry Season, tensions run high, patience wears thin and thirsty tempers flare. To make maters worse, Janja's hyenas, aided by Ushari the snake, discover a secret that could bring back the vengeful spirit of the legendary villain, Scar! Now it's up to the Lion Guard and their new friend - Rafiki's young apprentice, Makini - to defend the Pride Lands against the toughest foe they've ever faced!"[1] 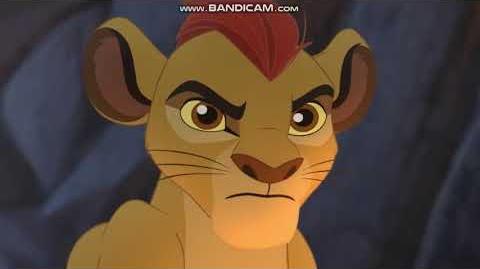 Retrieved from "https://lionking.fandom.com/wiki/The_Lion_Guard:_The_Rise_of_Scar_(DVD)?oldid=208154"
Community content is available under CC-BY-SA unless otherwise noted.