In the Pride Lands, the dry season has started, and the Lion Guard is busier than ever, much to the annoyance of Ushari, who they keep running over. During their patrol, Ono informs his friends that Janja's clan is attacking Ma Tembo's herd. The Lion Guard arrives at the scene, and, sure enough, Janja and his crew are attacking the elephants, with Mtoto as their main target. The Lion Guard is shocked that the hyenas would hunt elephants because of how dangerous it is.

The team drives the hyenas away, and Ma Tembo explains that the hyenas had been desperate because of the dry season. She also tells them that she is trying to find a new water source for her herd. Concerned at how quickly the start of the dry season has caused things to get out of hand, Kion tells Ono to stay with the herd and goes off to consult with his grandfather, Mufasa. Mufasa tells his grandson that the dry season is difficult because there is less food and water, which causes animals to make poor decisions. He also warns Kion to be careful to not lose control of the Roar of the Elders.

Unbeknownst to Kion, his conversation is being overheard by a young female mandrill. After Kion's conversation is over, she introduces herself as Makini and tells him she's Rafiki's new apprentice. Makini gushes over what she had heard, but Kion tells her not to go talking too much about it. Unbeknownst to the pair, Ushari has heard everything and is contemplating how to use what he's learned against the Lion Guard for his benefit.

Suddenly, Ono flies onto the scene and tells Kion that Janja and his crew are at it again. This time, they're attacking the baboons who have started following Ma Tembo's herd. The Lion Guard arrives and have the elephants go into a rocky gorge. Kion then blasts the hyenas away with the Roar of the Elders.

Meanwhile, Makini begins her training with Rafiki, but her impatience keeps her from making any progress. Seeing this, Rafiki tells her that the hardest part of listening is finding the quiet to hear, and sends her out to find her bakora staff.

Elsewhere, Kion talks to his father about his concerns, but Simba assures his son that life is full of responsibilities and that one must face them head-on.

Meanwhile, Janja and his crew have returned to the Outlands. Suddenly, they see Ushari and decide to eat him. Ushari asks Janja if he would like something meatier. Janja tells him that he would but can't because the Lion Guard keeps driving his clan off, to which Ushari reveals that that's because Kion's been getting advice from Mufasa. He adds that if the hyenas want to stop the Guard, they should find a way to talk to one of the Great Lions of the Past. Janja retorts that no Great Lion would help the hyenas, but Ushari reminds him that there was one Great Lion who always helped hyenas: Scar. He also reminds Janja that if Kion can talk to Mufasa, there must be a way for them to talk to Scar.

Back in the Pride Lands, Makini has found her bakora staff. Ushari appears and convinces her to get Rafiki to reveal if there's a way to talk to Scar. Ushari then summons his skink friends to spy on Makini and reveal what Rafiki tells her about Scar.

At the Lair of the Lion Guard, Makini asks Rafiki if there is a way to talk to Scar, and Rafiki explains that it depends on if the Great Lion is good or bad. The Great Lions of the Past are in the sky and their voices are in the wind, and they are the lions that appear when Kion uses the Roar. However, the Evil Lions of the Past like Scar appear in fire if they are unleashed by the Roar and the bakora staff. The skinks go off to tell Ushari and Janja what they've learned.

In the meantime, Rafiki introduces the royal family to Makini, who goes with Kiara to help Ma Tembo find a new water source. Back in the Outlands, Ushari and Janja decide to use what they have learned to summon Scar. They decide to get Makini's bakora staff, since she's too inexperienced to be a threat, and to attack one of Kion's loved ones and bring them there, since Kion's Roars are at their most powerful when he's angry.

The hyenas kidnap Kiara and take Makini's bakora staff. While the rest of the Guard rescues her, Janja tricks Kion by getting him to use the Roar out of anger, causing the volcano to erupt. When Janja throws Makini's staff into the volcano, Scar is successfully summoned, giving the Lion Guard's enemies their own spirit guide. 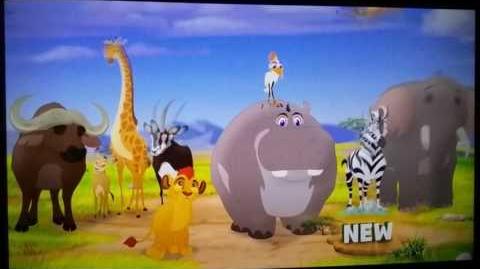 NEW Lion Guard EPISODE PROMO.
A mini preview for "The Rise of Scar" 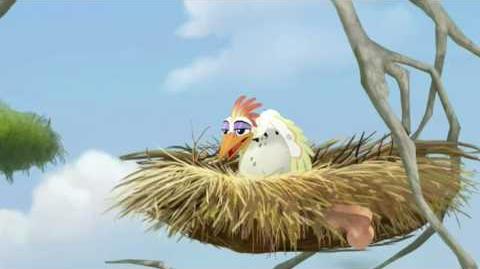 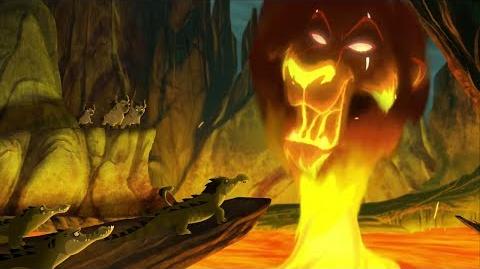 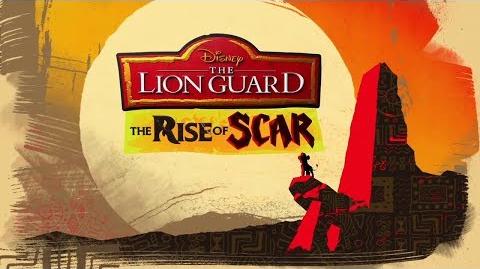 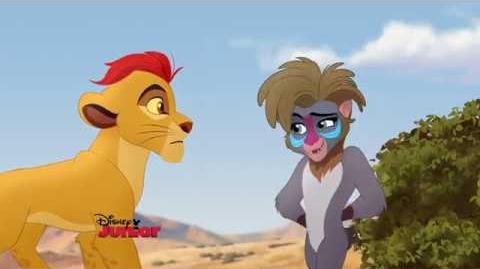 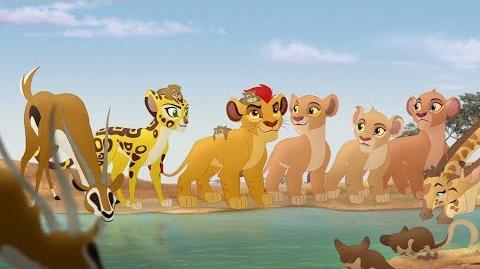 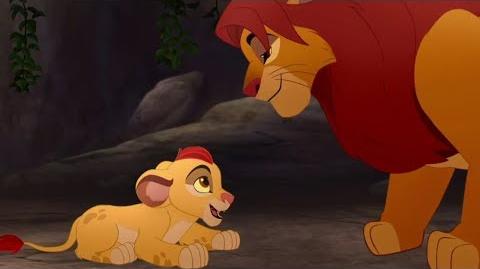 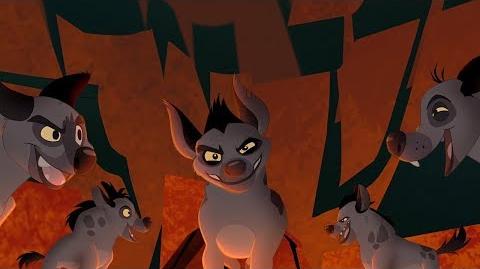 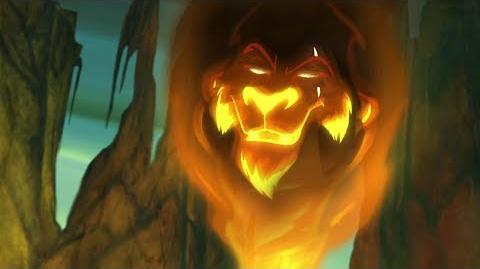