"The Kupatana Celebration" is the sixth episode of Season 1 of The Lion Guard. It aired on February 12, 2016.

"Kion inadvertently leads a pack of jackals into the Pride Lands, where they wreak havoc during a highly regarded Pride Lands ceremony. Ana Gasteyer (ABC’s “The Goldbergs”) guest stars as Reirei, the clever and scheming matriarch to a family of jackals."[1]

"The Kupatana Celebration" begins by introducing Zazu, the majordomo of the Pride Lands. At the start of the episode, Zazu is conducting a chorus of animals in singing a song for the upcoming Kupatana celebration. Simba, who is listening from afar, compliments the performance of Beshte's father, Basi, and Beshte proclaims that his father has been practicing extensively for the celebration.

When the other members of the Lion Guard express their excitement for the "party," Simba gently reminds them that Kupatana is a day of peace where all the animals in the Pride Lands gather together. In the midst of the conversation, the Lion Guard overhears a jackal pup being chased by Janja and his clan. Though Kion is hesitant to interfere with Outlands business, Simba encourages him to save the jackal for the sake of Kupatana.

With Kion in the lead, the Lion Guard enters the Outlands and fights off the hyenas. However, to Kion's surprise, instead of putting up a fight, Janja simply lets the Guard take the pup without a fight. Though confused, Kion checks on the jackal pup, who introduces himself as Dogo and asks if he can join the Lion Guard in returning to the Pride Lands. Again, Kion hesitates, but when Dogo proves too cute for the Lion Guard, he allows the pup to join them. In answer, Dogo gives several yips of joy, and his mother Reirei, who is watching from an overpass, wakes her family to follow Dogo into the Pride Lands.

Once in the Pride Lands, the Lion Guard explains Kupatana to Dogo and invites him to join, despite Fuli and Ono's protests. They then grant him a hillside to use as his new home, and Kion leads the Lion Guard away on their daily patrol. Once the Guard is safely out of earshot, Dogo reunites with his parents, who have entered the Pride Lands behind him, and Reirei resolves to make a feast out of the upcoming celebration.

Meanwhile, Beshte and Bunga are on patrol when they spot Dogo's brothers making themselves at home in aardvark warrens. When the amount of jackals becomes too much for them, they call out for Kion, who races to the rescue. Once there, Kion attempts to find Dogo among the jackal pups, and Reirei steps forward, introducing herself and Goigoi as Dogo's parents. She then appeals to Kion to let them stay in the Pride Lands, for Dogo can't stay on his own, away from his family. A miffed Kion reluctantly agrees to her demands, but makes her promise to stop stealing the possessions of the aardvarks.

With the Lion Guard gone, Goigoi and Reirei fantasize about all the animals they can snatch up at Kupatana. When Dogo expresses concern about the Lion Guard putting a stop to their schemes, Reirei sings "Jackal Style" to her family, teaching them how to act like jackals. In the process of doing so, the jackal family steals from a multitude of Pride Landers, landing themselves in deep trouble with a group of angry animals.

Meanwhile, the Lion Guard has rushed to the rescue of Mbeya, who had been stuck in a mud pit, but they are alerted to Reirei's schemes by the cries of the robbed animals. The Lion Guard hurries to the scene, and Kion lectures Reirei for stealing from other animals. Reirei puts on an extravagant display, claiming that the customs of the Pride Lands are so different from their own, and asks if her family can participate in Kupatana. A still dubious Kion allows them to join, but only if they treat the other Pridelanders with respect.

Later that day, the Kupatana celebration begins, and the animals witness the blooming of the baobab blossoms. However, in the midst of the proceedings, Reirei and her family break through the crowd of animals and begin their hunt. A confused Simba wonders at the plight, and Kion admits to letting them into the Pride Lands.

As the chaos continues down below, Kion and Simba implore the Pridelanders to work together in fighting off the jackals, and Kion jumps down to join the Lion Guard in wrangling up the jackal family. Together, they corner Reirei and her family in the midst of the tree grove, and Kion orders them to return to the Outlands. Still dripping with dramatic flair, Reirei pleads for a second chance until Simba steps forward and roars, frightening the jackals into running away.

With the jackals gone, Kion apologizes for his mistake, and Simba gently reminds him that it had been he who had encouraged the rescue of the jackal pup. He then points out that all the Pridelanders had stood together in fighting off the jackals, just as the spirit of Kupatana encourages. Bunga then begins to eat the fallen baobab blossoms, and many of the Pridelanders join in, welcoming back the joy and encouragement of Kupatana. 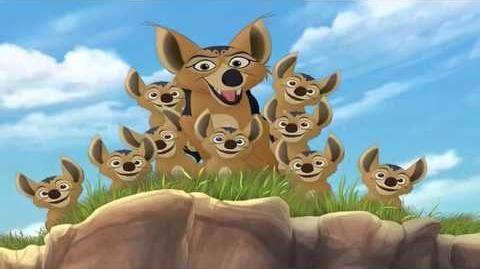 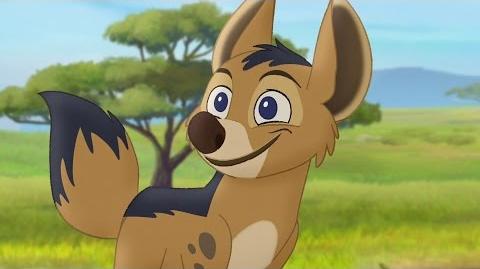 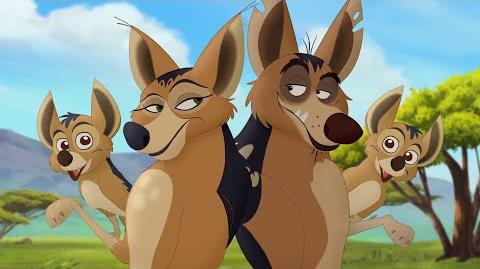 Retrieved from "https://lionking.fandom.com/wiki/The_Kupatana_Celebration?oldid=287257"
Community content is available under CC-BY-SA unless otherwise noted.