"The Hyena Resistance" is the twenty-third episode of Season 2 of The Lion Guard. It aired on September 6, 2018.

"Jasiri forms a resistance force of hyenas across the Outlands in order to help the Lion Guard succeed in their upcoming battle against Scar."[1]

"Jasiri offers to help The Lion Guard in their battle against Scar by forming a hyena resistance in the Outlands. Maia Mitchell ("The Fosters") returns as Jasiri and David Oyelowo and Common ("Selma") recur as Scar and Kiburi, respectively." [2]

"Jasiri sets up a Hyena Resistance in the Outlands when she learns that Scar has returned."[3]

The Lion Guard defends the Pride Lands from a three-way attack by Janja's clan, Kiburi's float, and Reirei's pack. During the attack, Bunga attempts a complicated move with a stick, but performs it incorrectly and injures himself.

Eventually, the Guard defeats the Outlanders, who retreat to the Outlands. Bunga struggles to walk from his injury, and the rest of the team encourages him to visit Rafiki. However, Bunga refuses, insisting that he is fine.

Just then, Jasiri tackles Kion to the ground, having been watching the skirmish. She comments on how strange it is that all the Outlanders have been banding together, and Kion explains that they are all fighting under Scar's banner. He offers Jasiri and her clan a place in the Pride Lands for protection, but she insists that they must protect their turf. She then gets an idea.

Jasiri returns to her clan and persuades them to start a Hyena Resistance against the Army of Scar ("Kwetu Ni Kwetu").

Later, Bunga visits Rafiki and receives instruction on how to fight with a stick. Each of Bunga's attempts ends in failure, but Rafiki encourages Bunga to keep practicing regardless.

Back in the Outlands, Jasiri overhears Janja plotting with his clan to take over Mizimu Grove with Kiburi and Reirei's groups. She sends Madoa to warn the Lion Guard, while she and the rest of the clan intercept Janja's clan. The plan works, with the Lion Guard defeating Kiburi and Reirei in Mizimu Grove, and Jasiri and her clan blocking Janja's access to the Pride Lands with a rock slide.

After the three failed attacks, Jasiri celebrates the Hyena Resistance's success with Kion on the border of the Outlands and the Pride Lands. Unbeknownst to them, Njano and Shupavu overhear the conversation and report back to Scar. Scar questions Janja on Jasiri's status, as Janja had previously reported that Jasiri had fallen into a lava pit. Janja then confesses that the Lion Guard had come to save her. Scar orders Janja to lay a false trail for the Lion Guard and then attack Jasiri's clan.

Madoa informs the Lion Guard that Scar is planning their biggest attack yet on Mizimu Grove, unaware that it is a trap. She returns to Jasiri, only for the clan to be set upon by Janja, Kiburi, and Reirei.

Across the Pride Lands, the Lion Guard wonders why the attack is taking so long. Ono scouts the Outlands and catches sight of Jasiri's clan being attacked. The Lion Guard rushes to their aid and defeats the three groups.

In the commotion, Janja is knocked into a lava pit, and Jasiri saves him. Janja is stunned at her willingness to save him, and Jasiri explains that he could join the Hyena Resistance instead of allying with Scar. After a moment of hesitation, Janja refuses. However, Njano and Shupavu note his hesitation and vow to inform Scar.

After the battle, Jasiri and Kion solidify their alliance in overthrowing Scar. 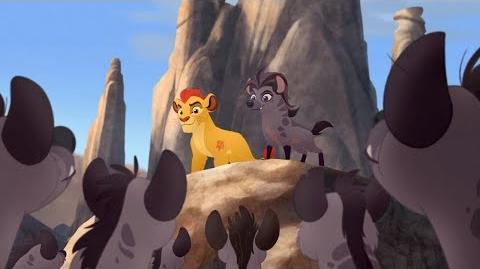 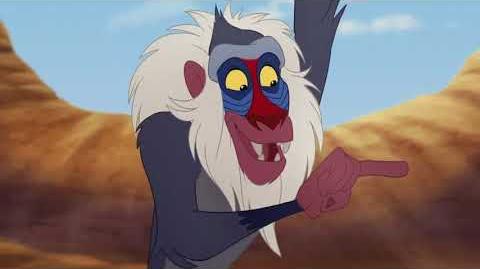 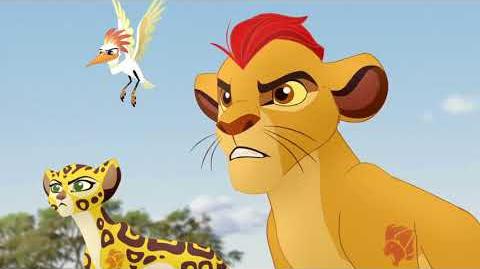 Retrieved from "https://lionking.fandom.com/wiki/The_Hyena_Resistance?oldid=234192"
Community content is available under CC-BY-SA unless otherwise noted.