"The Golden Zebra" is the fourteenth episode of Season 2 of The Lion Guard. It aired on January 9, 2018.

Due to a severe drought, the Lion Guard is forced to break up a fight between Twiga's herd and Vuruga Vuruga's herd. Kion takes the problem to his father, Simba, who questions Rafiki on how past kings have dealt with a water shortage. Rafiki is doubtful that the paintings of the past will reveal anything to him, though one such painting depicts a king leading the Pride Landers to a mysterious watering hole.

Makini recognizes the watering hole and explains that she has seen it before in a neighboring kingdom, the Back Lands, and that it belongs to a herd of zebras. Simba deduces that the herd must belong to Dhahabu, and instructs Kion to ask the zebras for permission to use the watering hole in exchange for whatever boon they desire.

Kion leads his team into the Back Lands, where they encounter an antagonistic leopard named Makucha. The leopard attempts to fend them off, but the Lion Guard defeats him easily, forcing him to back off and allow them to pass through his territory.

The team carries on until they encounter two zebra siblings named Raha and Starehe, who agree to lead them to their leader, Dhahabu. Once with the rest of the herd, the zebras begin to sing "Fabulous Dhahabu", in which they praise their leader for being so uniquely beautiful and special. Bunga takes a liking to Dhahabu almost immediately and even allows her to incorrectly refer to him as a "mongoose."

After meeting the herd, Kion introduces himself to Dhahabu and reveals that he is from the Pride Lands. Dhahabu then takes the Lion Guard aside and shows them the whole of Dhahabu Grove, which she pronounces as being the happiest place in the Back Lands. Kion explains to Dhahabu that the Pride Lands is experiencing a major drought and requests permission for his fellow Pride Landers to use the zebras' watering hole, but Dhahabu is evasive and demands that the Lion Guard first bring her her herd's favorite food, a Tamboa plant.

Despite a Tamboa plant being incredibly difficult to find, Ono spots one behind a tangle of thorns. Beshte promptly clears a path through the thorns, and the Lion Guard works together to unearth the enormous plant.

Beshte bears the plant back to Dhahabu on his back, and the Lion Guard presents it to her, adding that they have now fulfilled their end of the bargain. To their shock, Dhahabu calls off the deal and even forbids her own herd from using the watering hole. Suspicious, Kion sends Ono to investigate the situation, and Ono returns with news that the watering hole has dried up. Hearing this, Dhahabu's herd disperses, abandoning her.

Dhahabu admits to Kion that she had noticed the water disappearing several days ago, but hadn't wanted to make her herd unhappy by sharing the bad news. Kion gently reminds her that leaders must tell the truth, even if the information is grave, and that they must help when there is a problem. He then offers to assist her with her water problem in exchange for the Pride Landers' access to her watering hole, to which Dhahabu delightfully agrees.

The Lion Guard follows Dhahabu to the watering hole, where she explains that there used to be a waterfall that spilled into the pool. Ono investigates the dried-up falls and informs Kion that a rock slide has caused a blockage downriver. The Lion Guard begins to pursue Ono's find, but Dhahabu warns them that they will be walking into leopard territory. When the Lion Guard ignores her warnings, she insists that she accompany them, as she wants to be a good leader.

Once at the scene of the blockage, the Lion Guard is confronted by Makucha and his friends. The two groups engage in a fight, during which the Lion Guard manages to chase away all of Makucha's minions. However, Makucha manages to trap Dhahabu and warns the Lion Guard that he will harm her if they do not surrender. In answer, the Lion Guard drops hints to Dhahabu that she can be a good leader by fighting back, and Dhahabu quickly takes action, knocking over Makucha and kicking him into the dam.

The force of Makucha's hit causes the rocks to break apart, and the river swells once more, filling Dhahabu's watering hole. Makucha banks a hasty retreat, while Dhahabu offers the Lion Guard access to her new watering hole.

With Dhahabu's permission, Kion leads the Pride Landers into Dhahabu Grove, where they join the zebras in enjoying the water. Dhahabu invites the Lion Guard to join in, which they do, with the exception of Fuli. However, at Bunga's insistence, she reluctantly begins to "frolic and romp" behind a line of zebras, joining in on the festivities. 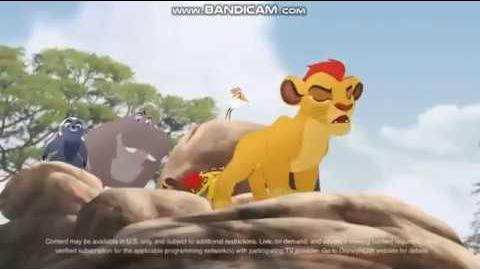 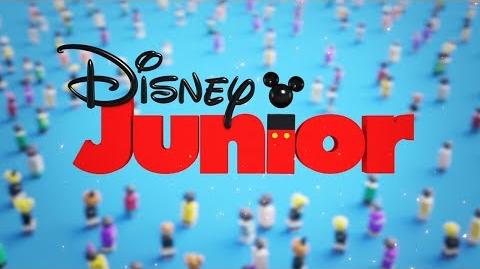 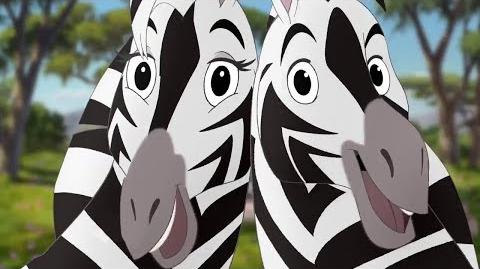 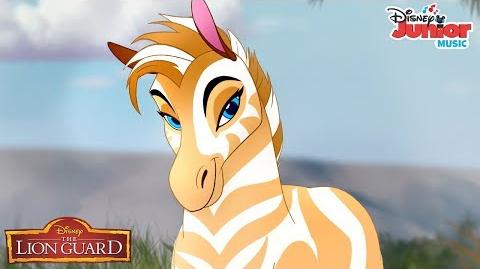 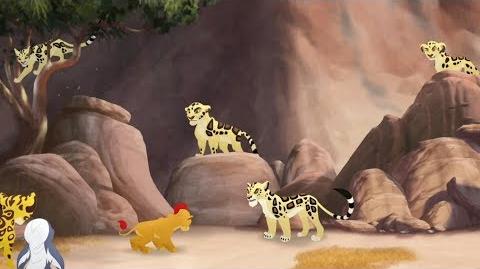 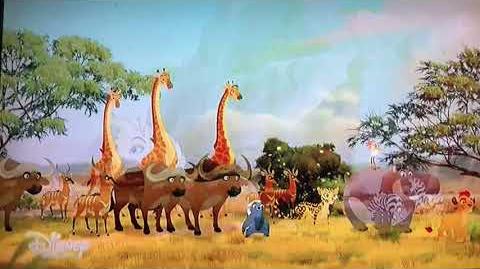