"Super Hog-O" is the first segment of the tenth episode of Season 3 of The Lion King's Timon & Pumbaa. It aired on March 5, 1999, along with "Don't Have the Vegas Idea".

"After being struck by lightning, Pumbaa thinks he's a superhero!"[1]

While a storm approaches, Pumbaa reads a comic about a warthog superhero called Lightning Lard. Timon shows up to warn his friend about the approaching storm. Pumbaa tells Timon how great it would be to be a superhero like Lightning Lard, stating that it was thanks to the lightning strike that the once mild-mannered hog was given superpowers and became a superhero. The warthog then states that if he was Lightning Lard, he would have super strength, super speed, and a sixth sense of danger.

Pumbaa then gets struck by lightning, which makes in him believe that he was chosen to become Lightning Lard. Timon tries to convince Pumbaa that he just had a very traumatic event. The warthog then makes Timon his sidekick, Boy Furry, much to the meerkat’s annoyance.

Later, while Pumbaa and a reluctant Timon try to find danger, Timon sees a bear cub climbing on a pile of rocks while chasing a butterfly. While Pumbaa tries to come up with a superhero catchphrase, Timon stops a big rock from hitting the baby bear. But the bear makes Timon let go of the rock by biting his arm, causing the rock to resume falling, which causes more rocks to fall. Pumbaa ends up rescuing the bear and the bear’s mother shows up and praises the warthog for what he did (and compliments on his “catchphrase”). While Pumbaa gives himself credit for the rescue, Timon corrects him by stating that it was in fact he who saved the baby bear's life.

Timon and Pumbaa then see the bear cub heading to a crocodile river while chasing a bird. While Pumbaa tries to be fit, knowing that that’s how superhero’s should be, Timon once again attempts to rescue the bear while also trying to avoid getting eaten by the crocodiles.

After successfully escaping the crocodiles, Timon and the baby bear find themselves drowning in quicksand. When Pumbaa saves the bear, the mother bear shows up and once again praises Pumbaa for his action and also compliments on his muscles.

When Timon manages to get out of the quicksand, the meerkat gets fed up and tells Pumbaa that he is not really a superhero and that the lightning just stroke his mind. Realizing that he is nothing but a plain warthog, the unhappy Pumbaa takes off his superhero costume. Feeling guilty, Timon tries to cheer his friend up by telling him that he's okay even when he's not a superhero. The meerkat then tries to pretend to be in danger, but Pumbaa still finds himself to be useless.

The storm then approaches and Timon sees the baby bear heading to it. The meerkat tries to get Pumbaa to rescue the bear, but the warthog refuses to do so as he knows that he is not a superhero. Therefore, Timon tries to rescue the bear himself, but the two end up falling off the cliff. Timon grabs on to the edge of the cliff and the bear bites Timon’s other hand to prevent himself from falling.

Since it is now up to Pumbaa to save him and the bear, Timon convinces his friend that he is Lightning Lard after all. Hearing Timon’s words, Pumbaa puts his superhero costume back on and saves Timon and the bear. The mother bear later shows up and once again praises Pumbaa for saving her baby. Pumbaa then tells the mother bear that she should also reward Timon for being his sidekick. However, the mother bear makes her baby bite Timon’s right hand, much to the meerkat’s discomfort. 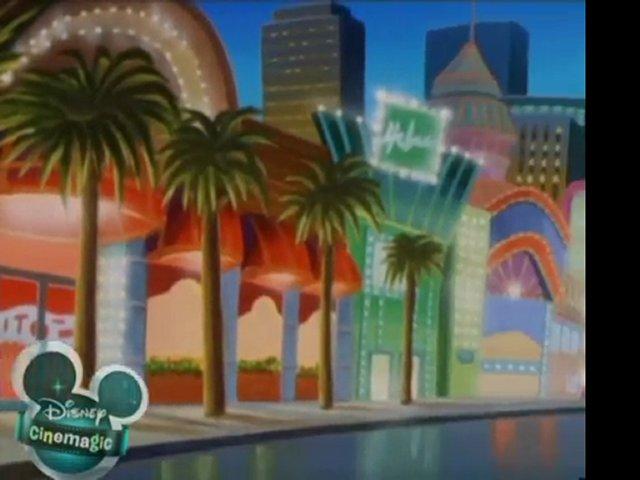