The stampede was the veiled assassination of Mufasa, the king of Pride Rock, by Scar and Shenzi's clan.

After Shenzi and her clan failed to kill Simba when he wandered into the Elephant Graveyard, Scar hatched a new plan to kill both Simba and his father, Mufasa. Scar took Simba to the gorge under the claim that Mufasa had a surprise for him. He left Simba alone despite the cub's protestations. Above the gorge, a large herd of wildebeests grazed, with Shenzi, Banzai, and Ed watching from afar. Just then, Scar emerged on a promontory overhead, signaling for the hyenas to instigate a stampede.[1]

Simba practiced his roar in the gorge, after which the ground began to tremble, and wildebeests flooded into the gorge. Simba fled, but when the herd overtook him, he climbed a tree for refuge. Meanwhile, Scar informed Mufasa and Zazu that Simba was trapped in the stampede. The three hastened to the gorge, and Mufasa jumped into the stampede. Zazu resolved to fetch the pride for help, but Scar knocked him unconscious before he could leave.

Suddenly, Simba's tree broke, causing Simba to be flung into the air, but Mufasa caught him in his jaws and bore him to safety. Before Mufasa could escape the stampede himself, the wildebeests knocked him back into the fray. Eventually, Mufasa jumped free and began to climb up the side of the gorge, out of sight of Simba, who left his position to meet his father at the top.

Unseen by Simba, from his precarious position, Mufasa pled for help from Scar, who was standing on a ledge above him. Instead of helping him, Scar dug his claws into Mufasa's paws and threw him to his death. Simba caught sight of his father falling and screamed in horror.[1]

Simultaneously, elsewhere in the gorge, Timon and Pumbaa were searching for their dream home. Upon seeing the oncoming stampede, they fled, eventually escaping into a nearby river.[2]

After the stampede passed, Simba searched for Mufasa. He found his father's body at the bottom of the gorge and attempted to revive him. When Mufasa did not rise, Simba screamed for help before curling up beneath one of his father's paws. Just then, Scar appeared and accused Simba of being responsible for the death of Mufasa. He then manipulated Simba into thinking that the pride would blame him for Mufasa's death, which prompted Simba to flee the gorge. Scar then ordered the hyenas to kill Simba.

The hyenas chased Simba to a thorn thicket, where Banzai got injured, bringing the pursuit to a halt. Shenzi refused to brave the thorns, deciding to tell Scar that Simba was dead, as they expected him to perish in the desert. This allowed Simba to escape the Pride Lands.[1]

After reluctantly admitting Kovu, Scar's chosen heir, into the pride, Simba had a nightmare about the stampede. In the nightmare, Mufasa clung to the side of the gorge, begging Simba for help. Though Simba attempted to save his father, he was held back by Scar. Losing his grip, Mufasa fell into the stampede below. Simba turned on Scar, who morphed into a cackling Kovu and heaved Simba into the stampede after Mufasa.[3] 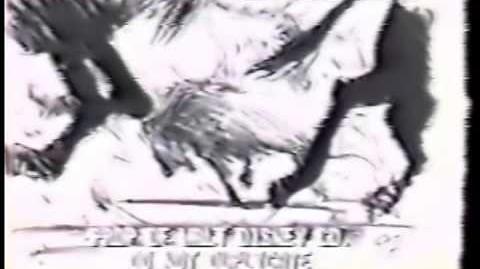 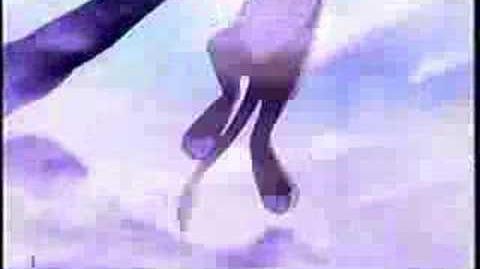