"Special Defects" is the second segment of the twenty-ninth episode of Season 3 of The Lion King's Timon & Pumbaa. It aired on July 16, 1999, alongside "The Running of the Bullies".

"Timon and Pumbaa seek Rafiki's help with one another, but it only seems to get worse!"[1]

As the sun is setting, Timon scolds Pumbaa for not waking him up at noon, which the warthog replies that he forgot. Timon then confronts his friend about his bad scent, which he denies but soon admits that it does smell. Pumbaa then scolds Timon for being obnoxious, which the meerkat denies.

Timon comes up with a way for himself and Pumbaa to put up with each other, which is to ask Rafiki to cast one of his magic spells to remove their bad habits once and for all. However, Rafiki tells them that casting personality spells is dangerous, but decides to so as the duo insists he gives it a try.

Rafiki tries to cast the spell once again without Timon and Pumbaa moving, but the duo starts fighting, resulting in them having each other’s bodies, much to Rafiki’s annoyance in them disobeying him. The baboon suggests that they need to get closer to the lightning to cast the spell. While they are on their way, Timon and Pumbaa get laughed at by some other animals.

Timon, Pumbaa, and Rafiki are now at the top of a hill, with Rafiki once again trying to cast the spell without Timon and Pumbaa moving. As the spell progresses, Timon promises to Pumbaa that he’ll never be mean to him again, leading to the duo to hug. Their hug makes the spell result in Timon becoming headless while his head is on Pumbaa’s.

After catching Timon’s body, Rafiki reverses the spell, resulting in Timon and Pumbaa turning back to their normal selves. They learn that they should stop trying to change each other, with Rafiki telling them that everyone has flaws and peculiarities, which is what makes them interesting and they should try to be tolerant of everybody. Timon, however, doesn’t believe that he has anything to be put up with, making Pumbaa sarcastically tell his friend that he’s perfect, much to the meerkat’s happiness. 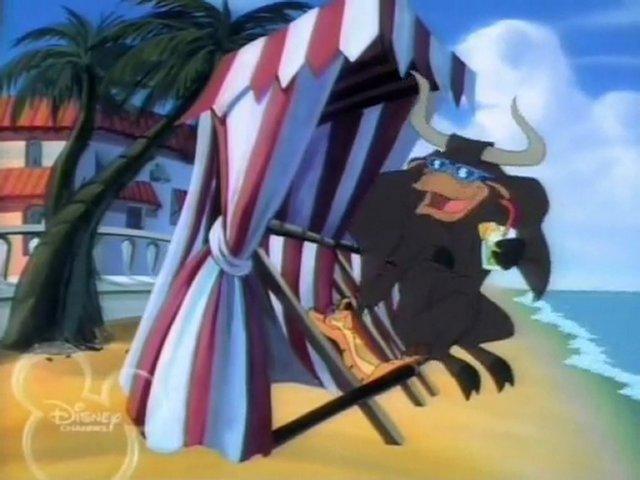