"Timon and Pumbaa train to be sumo wrestlers while visiting Japan."[1]

Timon and Pumbaa are visiting Japan. Timon tells Pumbaa that the reason they are in the said country is that they're going to become sumo wrestlers, as he believes that sumos get treated with royalty. The two friends arrive at a building run by a man named Yagu, who is said to be very wise.

When Timon and Pumbaa find Yagu, Timon explains that they would like to be sumos as they have been partners for a very long time. Yagu first makes Timon and Pumbaa wear Mawashis and then he fixes Pumbaa's hair to make it more sumo-like. Timon decides to go to a spa and when he enters, he finds food and other royal treatments.

Meanwhile, Yagu teaches Pumbaa how to catch a fly flying around them. When Pumbaa succeeds, the master states that the warthog is ready for his first test. Pumbaa then goes to Timon, who just had a massage, to let him know that they are ready to do the first test together as a team. But Timon suggests that they can start without him as he wants to continue relaxing.

The first test Yagu reveals to Pumbaa is to become a sumo wrestler, where he has to fight the mightiest sumo, which the warthog feels uncomfortable with. While the sumo wrestler fights Pumbaa, the warthog repeatedly goes to Timon to wonder if it is his turn to be trained to be a sumo, but Timon continues to relax. Later, Yagu scolds the meerkat for enjoying the pleasures while Pumbaa is on his punishment. By hearing the master's words, Timon becomes worried and he attempts to save his friend.

After Timon and Pumbaa fight off the sumo wrestler and defeat him, Yagu tells Timon that now that he has proven himself, he and Pumbaa are ready for the next challenge, which is to fight off a giant monster. This makes Timon and Pumbaa swiftly decide to leave the building to go to Borneo to become volcano jumpers, while Yagu proudly bows to the audience. 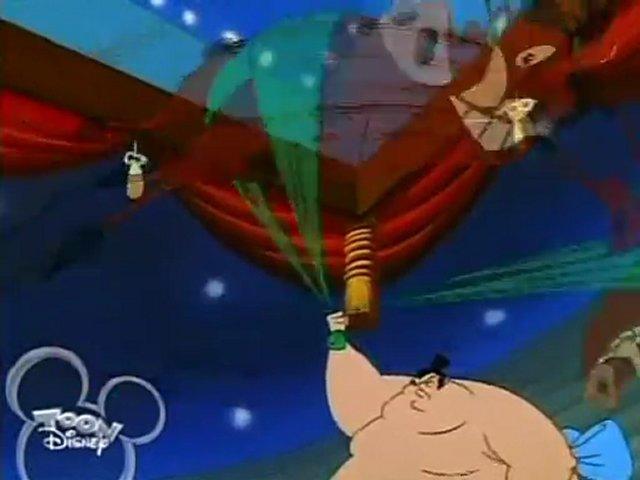 So Sumo Me
The full episode of "So Sumo Me"