"Shadowland" is a song composed by Hans Zimmer and Lebo M for the stage musical of The Lion King. It was released in 1997, as part of The Lion King (Original Broadway Cast Recording).

"Shadowland" is sung primarily by Nala as she sets out on a journey to find help against Scar's tyrannical reign. It features several singing parts by the lionesses as well as Rafiki, who sings a blessing over Nala. 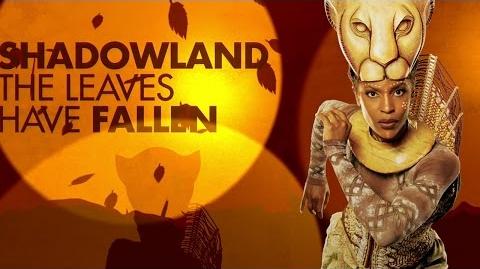 Retrieved from "https://lionking.fandom.com/wiki/Shadowland?oldid=229013"
Community content is available under CC-BY-SA unless otherwise noted.