"When Pumbaa can't catch bugs anymore, it's Timon to the rescue!"[1]

Pumbaa chases a cricket, attempting to catch and eat it. He then runs into a tree and loses the cricket and then Timon shows up with some bugs.

Pumbaa tells Timon that he can no longer catch bugs. Timon finds it hard to believe at first, but then he starts thinking that the reason the warthog could not catch bugs is that something's wrong with his sense of seeing. So the meerkat goes to a Doctor's Office to buy a pair of glasses for Pumbaa.

Now that Pumbaa's wearing glasses, he now believes that he can catch bugs. The warthog chases the cricket from earlier, but runs into several obstacles. After Pumbaa runs into an elephant, he lies down and then sees the cricket. Pumbaa walks away because he believes that the cricket is something that's going to "eat his brain" and then he falls off a cliff and lands where Timon is. Timon then believes that Pumbaa has a problem with his sense of hearing, so he goes back to the Doctor's Office to buy two horns for Pumbaa's ears.

Pumbaa, now with horns in his ears, looks for the cricket. The cricket gets in one of the horns and makes a sound so loud that it makes Pumbaa dizzy and run into some other obstacles. The warthog then gets hit by a truck, causing him to fly off, and run into Timon again. Timon now believes that Pumbaa has a problem with his sense of smelling, so he goes back to the office to buy a vacuum cleaner for Pumbaa's nose.

Pumbaa, now with a vacuum cleaner in his nose, goes searching for the cricket, but then the lever gets pushed by a tree branch and the vacuum cleaner goes out of control, sucking everything in it (including Timon). Timon gets out of one of Pumbaa's nostrils and pushes the lever back.

Pumbaa then smells something and the cricket takes out a perfume, throws it to a rock, which hits a log that makes Pumbaa fly up a cliff. The warthog then falls down the cliff, hits and breaks a piano Timon's playing, and lies down unconscious, making Timon believe he's dead.

Pumbaa dreams that he's chasing the cricket, but then runs into a bigger cricket who steps on the warthog. Pumbaa is now tied to a rope and a group of crickets is about to make him fall off a rock cliff. But then, Pumbaa's Uncle Ernie shows up from the clouds and destroys the rope, making all the crickets go away. When Pumbaa asks his uncle why he can no longer catch bugs, Ernie tells him that he can do anything and that he has to believe in himself.

Pumbaa then wakes up and is now able to catch and eat bugs because of his uncle's words in his dream. The warthog then tells Timon that his senses of seeing, smelling, and hearing were not the problem and that the problem was that he did not believe in himself. While Timon is happy proud of Pumbaa for being able to catch bugs again, he senses that something that needs to be fixed. 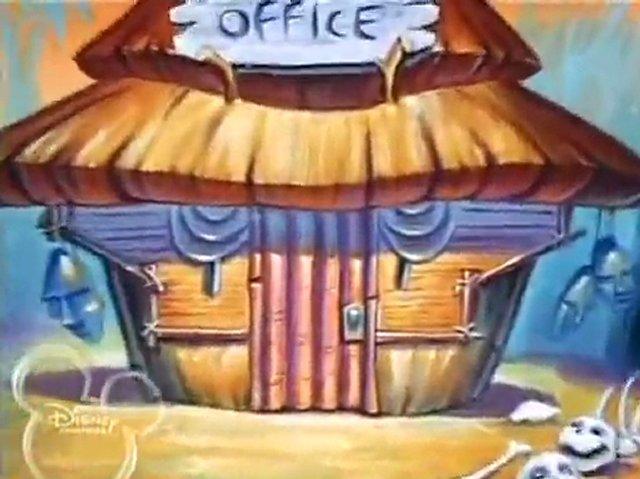