After Timon and Pumbaa catch a rare bug called the Gourmetus Salavati, an anteater, however, eats the insect, much to Timon's annoyance. The anteater asks Timon and Pumbaa to bring him more bugs since he's too lazy to catch some himself.

The anteater sets up a competition to see who can catch the most bugs on one's own. As the competition begins, Pumbaa suggests to Timon that they should catch bugs together, telling him that despite competing against each other, they are still friends. Timon, however, insists that since it's a contest, their friendship is temporarily null and voidable and that he does not want to cooperate. The warthog reluctantly gives Timon what he wants and goes bug-hunting on his own.

After Timon and Pumbaa catch a number of bugs, the anteater counts how many they caught by eating them, much to the two friends' shocks. He tells them that it's a tie, as they both caught 443 bugs. The anteater then tries to convince the two to catch more bugs for a tie-breaker, but Timon and Pumbaa refuse, as they realize that the competition was a fake and that he was actually trying to have them bring bugs for him.

Timon and Pumbaa use a construction vehicle to make the anteater spit out all the bugs. After getting their bugs back, Pumbaa sees that there is one more bug, which is the Gourmetus Salavati that Timon caught. He tells his friend that he's the winner of the contest. The anteater then shows up, flattened by the vehicle, saying that he's starving. Timon gives the anteater a bug and he and Pumbaa decide to call the competition even. 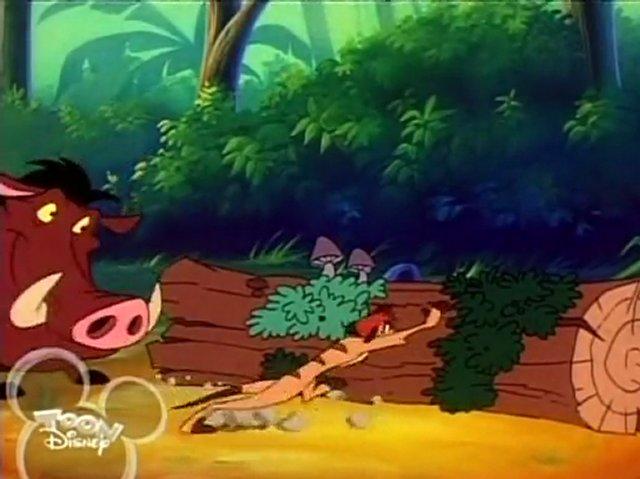 Retrieved from "https://lionking.fandom.com/wiki/Paraguay_Parable?oldid=296558"
Community content is available under CC-BY-SA unless otherwise noted.