"Mister Twister" is the second segment of the twenty-seventh episode of Season 3 of The Lion King's Timon & Pumbaa. It aired on July 2, 1999, alongside "Common Scents".

"To raise money for a 'Bug of the Month' club, Timon and Pumbaa become tornado watchers."[1]

A monkey mailman places a catalog on Timon and Pumbaa’s mailbox. The two friends see that the catalog represents a “Bug of the Month” club, much to their delight. However, Timon tells Pumbaa that they can’t join the Bug of the Month Club since they don’t have any money and in order to raise the membership fee, they need to get jobs.

Pumbaa comes up with three jobs that are not really any work: bird watchers, beekeepers, and dog walkers, all of which unfortunately go wrong, making Timon blame the warthog for his ideas. Timon decides that they should work as tornado chasers.

While Timon and Pumbaa are relaxing during their job, a tornado suddenly comes towards them, making the duo run while the twister is giving chase. When Timon and Pumbaa hide at a nearby barn, the tornado disappears. After that, Timon tries to get Pumbaa to blame him for his idea of becoming tornado chasers. However, the warthog refuses to do so. Timon and Pumbaa then see the same tornado coming towards them and they attempt to escape it.

While Timon and Pumbaa try to run away and hide from the twister, Timon keeps insisting to have Pumbaa blame him for his idea, which the warthog eventually does on their last hiding spot, which is inside a log.

The tornado makes Timon and Pumbaa fly out of the log and the duo lands in a mud. While Timon and Pumbaa are meeting their doom, Pumbaa tells his friend that he should say something to him before their deaths. When Timon and Pumbaa cry for help, the tornado’s father shows up, scolding his son for running off and playing by himself.

After the tornadoes leave, Timon says that they can now collect their tornado chaser paychecks and join the Bug of the Month Club. The meerkat then apologizes to Pumbaa for all the times he blamed him for things that weren’t really his fault. 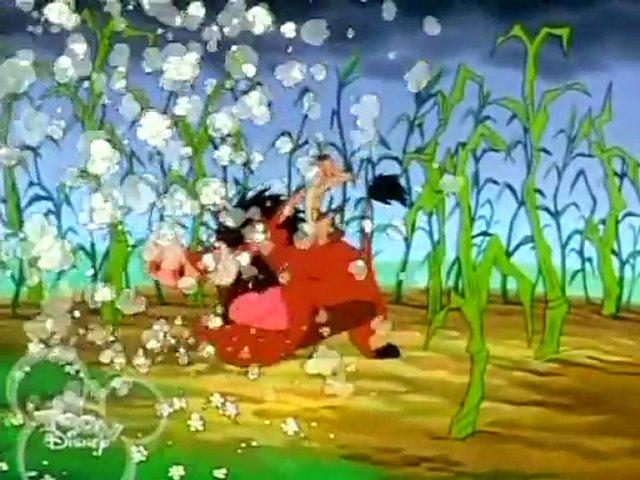