"Miss Perfect" is the first segment of the twenty-fourth episode of Season 3 of The Lion King's Timon & Pumbaa. It aired on June 11, 1999, alongside "Hakuna Matata U.".

"After a fly falls into a voting machine, Pumbaa accidentally wins a beauty pageant."[1]

After beauty pageant host introduces the three female contestants, a fly gets inside a voting machine, causing it to make the paper say Pumbaa’s name instead of Umbaa, the supposed winner of the pageant.

Meanwhile, Pumbaa tries on a new suit and asks Timon if it makes him look fat, which the meerkat assumingly replies that it does, as he knows that warthogs are supposed to be somewhat big, unattractive animals. The pageant host and the judges show up to the the jungle and find Pumbaa. They tell the warthog that he won the beauty contest and make him become the new Miss Perfect, much to his delight. Timon, however, finds this to be odd as he doesn’t believe Pumbaa is the most beautiful warthog. Pumbaa then neglects his friend and prepares to live a new life.

Pumbaa goes across the globe, getting his fame and fortune and while he does so, Timon makes several phone calls, but Pumbaa is always too busy to have a conversation with his friend, much to the meerkat’s annoyance. Eventually, Timon makes a last phone call and tells Pumbaa that he hasn’t seen him in weeks, claiming that he has changed. After Timon tells his friend about some bugs he found after a storm, Pumbaa tells him that he doesn’t eat bugs anymore. After Pumbaa hangs up, Timon becomes really annoyed and decides to go find his friend.

When Timon arrives at the building, he overhears the judges complaining about Pumbaa being ugly and smelly. When Pumbaa finds Timon, the judges confront the warthog and remove his Miss Perfect outfit. After the judges leave, the depressed Pumbaa tells Timon that he was right about him being ugly. But Timon decides to not let them get away with this.

Timon is at a press giving a speech about Pumbaa, telling the people that the warthog’s inner beauty is what counts. This makes everyone, including the judges, to have a change of heart. When the judges try to give Pumbaa another chance to be Miss Perfect, the warthog refuses and tells them that Timon was the one who knew he was beautiful all along. Timon and Pumbaa then leave the building to go eat some bugs.

When Pumbaa tries on his new suit once again, Timon tells him that he is the best looking warthog he is currently looking at. 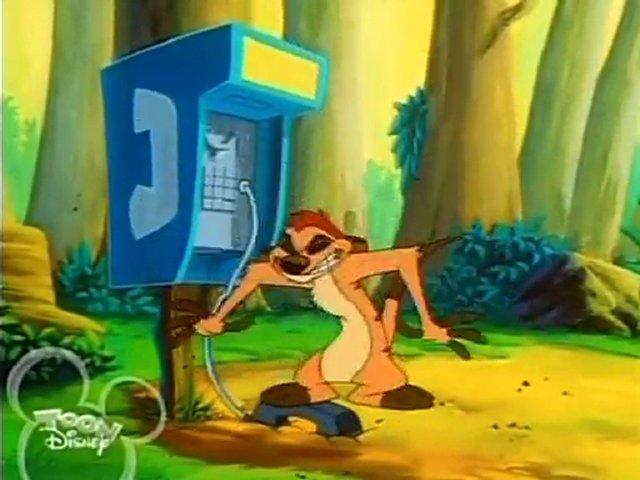