Maia Mitchell is an actress who voices Jasiri from The Lion Guard.

Mitchell began acting at a young age, performing in school plays and local theater productions, and attended Trinity Catholic College, Lismore.[1] At age 12, she got her big break as Brittany Flune in the children's television series Mortified. She went on to star in television series such as Trapped and its sequel, Castaway.

Mitchell later branched out to work in American television productions, such as Jessie. Her first film was Teen Beach Movie, in which she starred as main character McKenzie. She also voices Jasiri, the friend of main character Kion, in Disney's The Lion Guard.[2]

Mitchell has a younger brother, Charlie. 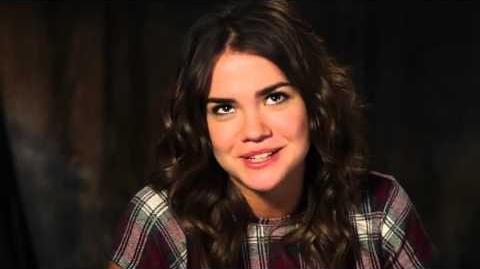 Retrieved from "https://lionking.fandom.com/wiki/Maia_Mitchell?oldid=286826"
Community content is available under CC-BY-SA unless otherwise noted.