"Lemonade Stand Off" is the first segment of the third episode of Season 3 of The Lion King's Timon & Pumbaa. It aired on January 15, 1999, alongside "Big Jungle Game".

In a desert, Timon and Pumbaa take a nap under a lemon tree. One of the lemons falls on Timon's head, giving Timon an idea for him and Pumbaa to make lemonade together, seeing it as an opportunity to be soft drink Moguls. So Pumbaa pushes the tree to make all the lemons fall off.

After Timon and Pumbaa make their lemonade, Timon makes himself lemonade chef and Pumbaa as sales hog. The two then see a lion chasing a gazelle and try to sell them their lemonade. However, Timon and Pumbaa see that the lion and gazelle find the drink terrible. After the two animals resume their chase, Pumbaa tells Timon that they didn't like his lemonade, to which the meerkat replies that it is Pumbaa's sales technique that is the problem. After an argument, the two decide to go their separate ways and make their own lemonade stand.

Timon and Pumbaa compete against each other to see who can make the cheapest stand. Then, a man who has been crawling through the desert for weeks appears and Timon and Pumbaa each try to sell him their lemonade and attempt to make various deals with him. The man has had enough and decides to go back to crawling into the desert, telling Timon and Pumbaa that it would be nice if there was only one lemonade stand instead of two.

Timon later agrees with the man's words and decides to eliminate the competition. Timon and Pumbaa spend their times trying to sabotage each other's stand. After the battle, Timon and Pumbaa apologize to each other and become partners again. When they drink their lemonade, they realize that it tastes terrible. 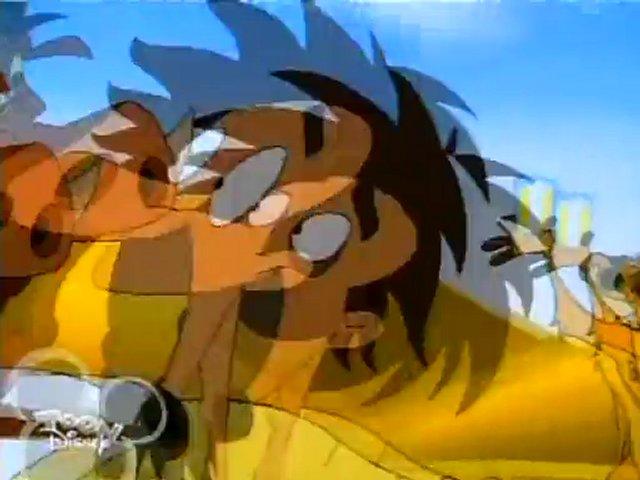