The Lion King Wiki
Register
Don't have an account?
Sign In
Advertisement
in: Kion songs, The Lion Guard (Music from the TV Series), The Lion Guard: Return of the Roar songs, Songs

"Kion's Lament" is a song composed by Beau Black for The Lion Guard: Return of the Roar. It was released on January 8, 2016, as part of the film's soundtrack. It is sung by Kion as he accepts his destiny as the leader of the Lion Guard.

Kion:
Why? Why even trust me at all?
They say the Guard is my call
But then come tell me I'm wrong
Now what, what should I do?
And who, who do I turn to?
Now everything feels so upside down
Deep down, maybe I knew
It was way too good to be true
With all my friends lookin' up to me
Some leader I turned out to be!

It is time
To take the lead on my own
It is time
For something bigger than I've ever known
No need to wonder, the choice is done
Now I believe I truly am the one

Kion:
It is time 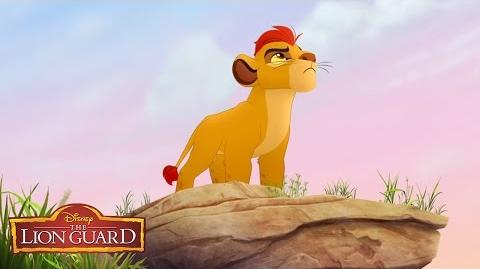