Kenny Lattimore is an American singer who co-sang a cover of "Love Will Find a Way" for Return to Pride Rock.

Lattimore was born on April 10, 1970, in Washington, D.C.[1] During junior high school, he won several talent shows, after which he went on to study music at Eleanor Roosevelt High School in Greenbelt, Maryland.[1] After high school, Lattimore enrolled in Howard University and graduated with a degree in architecture and city planning.[1]

Lattimore launched his career by joining the R&B group Maniquin, which signed to Epic in 1987.[1] Two years later, the group released a debut album, but it was unsuccessful.[1] Lattimore toured with the group for a year, but in 1990, he left Maniquin to write his own songs and work with other artists.[1] During this phase, Lattimore joined the group Dem Twinzz as a vocalist, and their demos caught the attention of major labels.[1] Despite the attention, Lattimore was disinclined to be a part of a group, and so in 1993, he sought a solo career in New York City.[1]

Lattimore struggled in Manhattan for a few months until he recorded several demos that landed him a record contract with Columbia in 1995.[1] A year later, Lattimore released a self-titled album that rose to No. 19 on the Billboard R&B chart and No. 1 on the Heatseekers chart.[1] The success won him a NAACP Image for Best New Artist in 1996.[1]

In 1998, Lattimore released another album entitled From the Soul of Man, which was critically acclaimed and became a Top 15 R&B hit.[1] After the album's release, Lattimore took some time off, though he later returned to launch Weekend on Arista Record in October 2001.[1] The album did not perform well, and so Lattimore moved on to record a duet album with his wife, Chanté Moore, called Things That Lovers Do.[1] Most popular were singles "Loveable (From Your Head To Your Toes)" and "You Don't Have to Cry", which helped the album peak at No. 3 on the Billboard R&B Chart.[1]

Lattimore released a greatest hit compilation, Days Like This: The Best of Kenny Lattimore, on May 18, 2004.[1] The album was followed up by Uncovered/Covered, which featured Lattimore's wife, on October 10, 2006.[1] The album debuted at No. 10 on the Billboard R&B Chart and No. 2 on the Billboard Gospel chart during its first week.[1]

In 2008, Lattimore launched the album Timeless under the Verve label.[1] During the same year, his single, "You Are My Starship", was released.[1]

Lattimore performed a duet of "Love Will Find a Way" with Heather Headley for the end credits of The Lion King II: Simba's Pride.[2] The song was included on the film's soundtrack, Return to Pride Rock.[2] 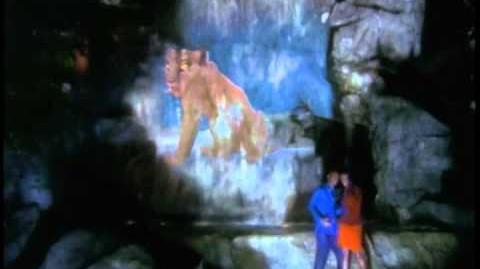