"Kahuna Potato" is the second segment of the thirty-eighth episode of Season 3 of The Lion King's Timon & Pumbaa. It aired on September 17, 1999, alongside "Timon in Love".

"Timon and Pumbaa seek Rafiki's help in defeating a pair of bullies."[1]

Timon and Pumbaa go to Rafiki and ask him to teach them his fighting style. Rafiki says that he will do so after Timon snatches some bugs from his hands, but instead he teaches the two how to fight first. Rafiki cuts Timon and Pumbaa's hair, puts fighting belts on them, and nicknames them "Timon-Yang" and "Pumbaa-Yin." The baboon shows the two how to fight by using bananas, making them squeeze the fruits and stirring them.

After the work, Timon sees the bugs on Rafiki's hands and sneakily tries to get them, but Rafiki catches him and hits him on the head with his stick. The baboon tells Timon that he's not ready and Timon tells him that he hasn't taught him and Pumbaa anything about kung-fu fighting. When Timon and Pumbaa are about to leave, but Rafiki tells them that he has taught them how to fight and shows them the skill they used with the bananas by using their bodies this time. When Timon and Pumbaa succeed, Timon snatches the bugs from Rafiki's hand and he and Pumbaa are ready to fight Pimon and Tumbaa to retrieve their bag of bugs.

Later that night, Timon and Pumbaa lie down on the grass while Pimon and Tumbaa, with their heads shaved off, feed them the bugs from the bag that they stole from them. 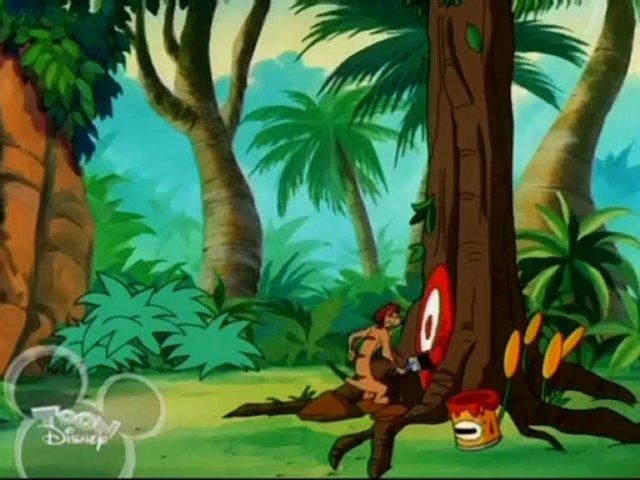