Taymor was born in Newton, Massachusetts, outside of Boston, where she took an early interest in theater and the performing arts, putting on shows with her sister in their backyard. At age 10, she joined the Boston Children's Theater Company. Along with her passion for theater, she developed a lively interest in other cultures and faraway places. [2]

During her time in high school, Taymor made trips to both Sri Lanka and India with the Experiment in International Living. Being the youngest member of theatre groups became common, as she joined Julie Portman's Theatre Workshop of Boston at the age of 15. Yearning for a more in-depth approach, Taymor went to Paris to study with L'École Internationale de Théâtre Jacques Lecoq.

After graduating from Oberlin College, Taymor used a Thomas J. Watson Fellowship to study pre-Bunraku puppetry on Awaji Island, Japan, to learn more about experimental theater, puppetry and visually oriented theater.[2] Returning to the United States in 1979, she soon made a name for herself as an innovative director and designer with her stunningly original costumes, masks and puppets.[2] During the mid-1980s, she met Elliot Goldenthal, a Broadway composer. The two quickly became a couple, and collaborated on numerous projects such as Liberty's Taken and the opera, Juan Darien, a Carnival Mass released in 1996.

The next year, then-Disney Chairman, Michael Eisner, proposed adapting The Lion King onto the stage after the successful run of Beauty and the Beast. In light of her known expertise in the theatrical use of masks, Eisner asked Julie Taymor to direct the planned musical, and to the surprise of the Disney executives, Taymor dismissed the idea of concealing the actors in bodysuits and masks.[2] Instead, she proposed clothing the principal actors in traditional African costumes, with stylized animal masks worn on their heads.[2] Pleased with this, Eisner was convinced, and gave Taymor free rein to stage The Lion King in her own vision. Taymor directed the production, designed the costumes, co-designed the masks and puppets (with Michael Curry), and composed the song, "Endless Night".

The musical was critically acclaim, and Taymor received two Tony Awards for her work on The Lion King, one for Direction and one for Costume Design, making her the first woman to receive a Tony Award for directing a musical. Riding on the success of Lion King, Taymor has also worked in film, directing Titus (an adaptation of Shakespeare's Titus Andronicus) and Frida, with the latter garnering Oscar nominations in six categories and winning in two for Best Makeup and Best Original Score.[2]

Recently, Taymor directed her adaptation of Shakespeare's The Tempest, and signed on as director of Spider-Man: Turn Off the Dark, with music and lyrics by Bono and The Edge. After artistic disagreements, Taymor left her role as director of Spider-Man after disputes with the show's producers, who wanted to drastically alter the existing storyline and general artistic direction.[3] 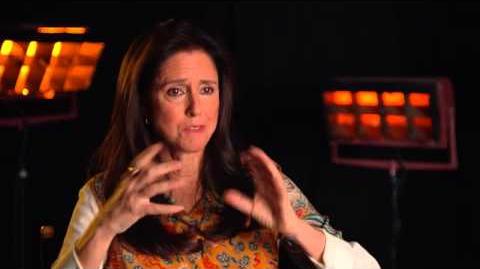