"Ice Escapades" is the second segment of the thirtieth episode of Season 3 of The Lion King's Timon & Pumbaa. It aired on July 23, 1999, alongside "Wishy Washy".

"After watching a famous polar bear ice skater, Timon and Pumbaa try to learn how to skate."[1]

Timon watches a famous polar bear ice skating champion named Staniskatesky on TV. He then tells Pumbaa that becoming an ice skater is his dream, with the problem being that he doesn't know how to ice skate. The meerkat then suggests that he and Pumbaa learn to ice skate and become the world's famous ice skating champions and the warthog agrees.

Timon and Pumbaa are at a snowy area, where they try to learn how to skate. While Pumbaa quickly becomes an expert, Timon realizes that he's not so good at skating. He decides to give up, but Pumbaa suggests that he should keep trying in order to live out his dream.

Listening to Pumbaa, Timon continues to try to practice ice skating, but he keeps falling down and running into obstacles.

Later, Timon and Pumbaa are resting at a cabin inhabited by a polar bear, who places a poster announcing that Staniskatesky will be coming to the jungle. Timon suggests that he and Pumbaa will beat Staniskatesky and because Pumbaa is a better ice skater, he suggests that the warthog competes against the polar bear for him so that his dream comes true. Pumbaa then agrees.

Timon and Pumbaa are now at the ice skating competition watching Staniskatesky ice skate. When Pumbaa is up next, he tells Timon that he's unable to compete because ice skating is not his dream. It's now up to Timon to compete, which Pumbaa encourages him to do. The meerkat realizes that he can now skate with no problem, which is due to him continuing practicing instead of giving up. However, Staniskatesky wins the ice skating competition, but Timon and Pumbaa don't care because the meerkat not giving up on his dream is what's important.

Timon tells Pumbaa that he now has an even bigger dream, which is to follow the footsteps of other great skaters who have not received the awards they deserved. Later, Timon and Pumbaa join a show starring skaters in fake funny animal costumes, with the pals wearing costumes of their opposite species. 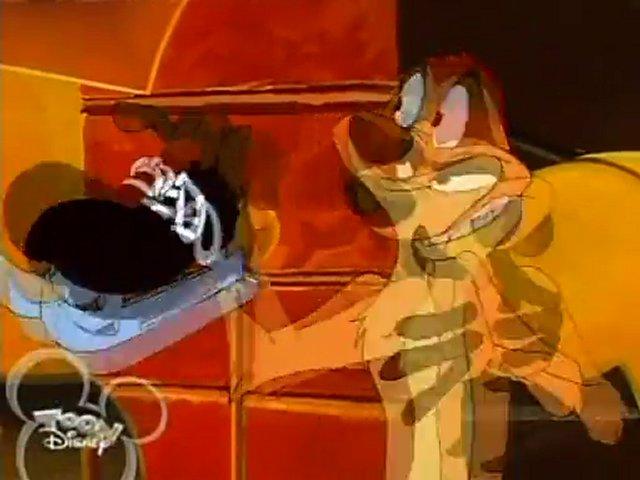