"Lost at sea, Timon and Pumbaa meet the stupidest pirates in the world."[1]

On their way to Nashville, Tennessee, Timon and Pumbaa come out of a barrel. The two see that they're in the middle of the ocean and the barrel sinks. Pumbaa, with Timon atop of him, starts swimming until they see a raft, which they hop on. Then, a meteor goes through the sail and Timon and Pumbaa hop on a titanic. Then the titanic hits an iceberg and Pumbaa, with Timon on his back, is swimming on a life ring.

Timon and Pumbaa get on another ship and see that there is nothing wrong with it, but little do they know, they're on a pirate ship. While Timon and Pumbaa search for the crew of the ship, three dimwitted pirates show up and state that they heard someone knocking. They therefore search for who it was that knocked.

The pirates find Timon and Pumbaa and capture them, but then Timon stops them and pretends to be their captain, calling himself "Captain Courageous." The pirates introduce themselves as "The Purplest Stupidest Pirates." Timon tells the pirates to take them to Nashville.

Timon draws an X on a map to mark where Nashville is, but the pirates go on an island where there is an A marked on the ground. Then they go to various islands with different letters of the alphabet marked and finally go to an island with an X marked on the ground. At first, Timon gets angry at the pirates for not going to Nashville until Pumbaa tells the meerkat that there is treasure buried in the sand under the X, which makes Timon excited and pull out a shovel from his suitcase and dig. 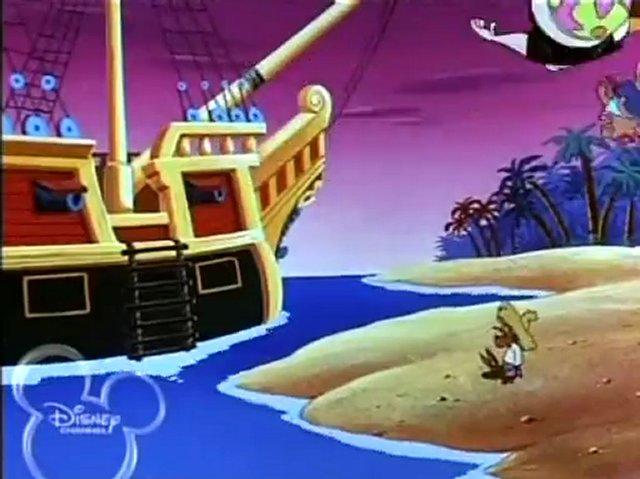