The Lion King Wiki
Register
Don't have an account?
Sign In
Advertisement
in: Beshte songs, Best of The Lion King, Bunga songs,
and 19 more

"Hakuna Matata" is a song composed by Elton John for The Lion King. It was released on May 31, 1994, as part of the film's soundtrack. The song has made reappearances in spin-off films and series such as The Lion King 1½, The Lion Guard, and the stage musical. It is also used as the opening theme of The Lion King's Timon & Pumbaa. It is sung by Simba, Pumbaa, and Timon as Simba accepts the "Hakuna Matata" lifestyle. 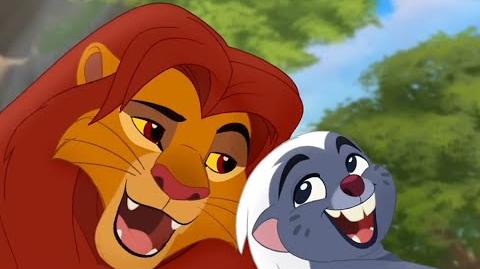