The Lion King Wiki
Register
Don't have an account?
Sign In
Advertisement
in: Books, The Lion King books, Real world

Friends In Need is a book inspired by The Lion King. It was published by Golden Press on June 1, 1994.

Friends In Need takes place when Mufasa is a young adult. One day, he comes across a young bird, Zazu, about to be cooked by three young hyenas, Banzai, Ed, and Shenzi. Mufasa roars to scare them away; not too mighty a roar, since he was still young, but mighty enough to scare off the hyenas. When they escape into the Elephant Graveyard, Zazu bows graciously to the young prince and introduces himself. He thanks Mufasa for saving his life and expresses his hope that he might be of service to the future lion king one day. Mufasa accepts the hornbill's words, but silently laughs to himself, doubtful that such a small bird could be of use to a mighty lion.

But Zazu is determined to help Mufasa, and watches over him day and night, following him everywhere. Mufasa begins to feel uncomfortable and commands Zazu to leave him in peace. But the little bird is determined and reminds Mufasa that he had saved his life, and now Zazu wanted to help him. But Mufasa protests that Zazu is ruining his hunt, and the little hornbill offers to fly up and tell Mufasa where all the game is. But the beating of his wings frightens the antelopes away and ruins Mufasa's chance at a hunt. Worse, Zazu even hovers over Mufasa while he's spending private time with his future mate, Sarabi. While the two young lions are trying to spend time together, Zazu brags about how much he knows about the Pride Lands. He even points out to Mufasa that his brother, Scar, is tormenting a mouse at the moment. But, Mufasa is irritated with the young hornbill and interrogates him if he could just be quiet for a minute, to which Zazu dives into another story about how he was once silent for nearly three days.

And so time went, until one day, Zazu spotted vultures hovering above a gorge. He points this out to Mufasa and Zazu interrogates if he should check it out. Mufasa yawns, comments that a king should not mind for vultures, then settles down for a nap. Curious, Zazu flies to the gorge anyway. As he gets closer, he sees the vultures circling a pit with a trapped animal inside. Zazu realizes with a jolt that it's Sarabi! The lioness calls up to Zazu that she cannot get out and Zazu promises to return with help right away. Zazu flies back to Mufasa and reports all he has seen. As soon as Mufasa hears the news, he races alongside Zazu to the gorge where his mate is trapped.

But after Mufasa scares away the vultures, he's uncertain what to do. If he climbed in the pit, he would be trapped, too. Zazu then points to a fallen log and tells Mufasa to drape it over the edge for Sarabi to climb up on. Mufasa instantly does as Zazu instructs and Sarabi is soon reunited with her mate. She rubs her muzzle against Zazu and exclaims that he'd saved her life. Mufasa adds that he'd also taught them a lesson. A lion king should know everything that's going on in his kingdom, no matter how insignificant it may seem. Zazu beams, filled with pride, and tells Mufasa that he'd known he'd come around at some time.

Mufasa then tells Zazu that he wasn't finished. No matter how small a creature is, it can still be useful in many ways. Therefore, when he is king, he wishes Zazu to be his adviser. He instructs Zazu to fly over the kingdom and alert Mufasa to anything that needs immediate addressing. And, true to his word, Mufasa appoints Zazu to be his majordomo, and Zazu serves Mufasa for many years to come. While they are on their way back from the gorge, Mufasa interrogates Zazu what he can see from up in the sky. Zazu replies that he can see a bright future for King Mufasa and Queen Sarabi; and also for their majordomo, Zazu. 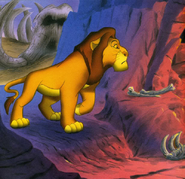 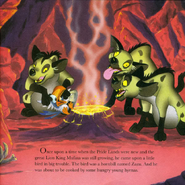 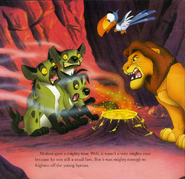 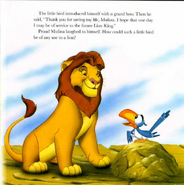 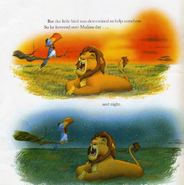 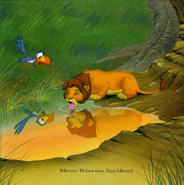 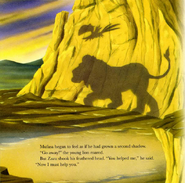 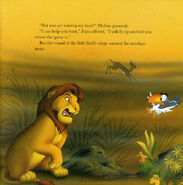 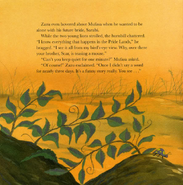 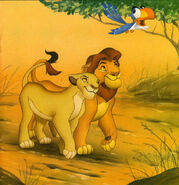 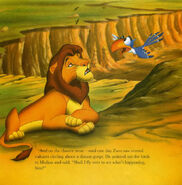 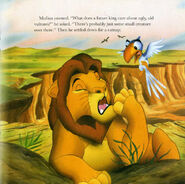 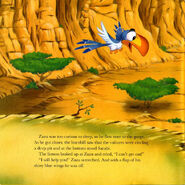 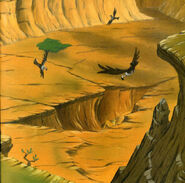 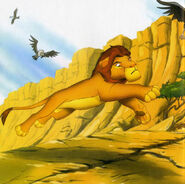 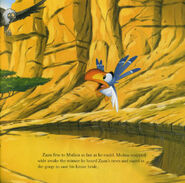 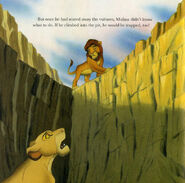 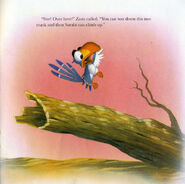 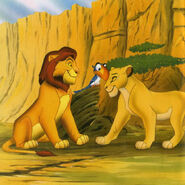 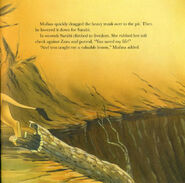 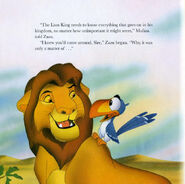 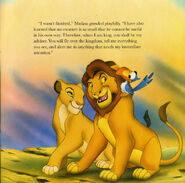 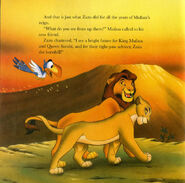