"Timon and Pumbaa happen upon a baby panda who is sad because he has lost his parents."[1]

Timon and Pumbaa arrive to China and eat some Chinese bugs. Timon then takes out a "fortune cockroach" and he and Pumbaa read the tag that says, "You will soon bear a great reward." Timon doesn't believe the tag and then, he and Pumbaa hear and then see a baby panda crying. The panda uses Timon as a tissue to blow his nose.

Pumbaa feels sorry for the panda and wants to cheer him up. Timon comes up with some "panda cheering up joke," but the panda and Pumbaa don't find them very funny. Timon then tells the panda that "it's not like he's lost and cold and alone and he may never see his parents again." The panda cries and the two now know why he's crying: he lost his parents. Timon says that if they help the panda find his parents, they will receive a great reward, according to their fortune.

Timon, Pumbaa, and the panda are on a journey to find the panda's parents, but then the three run into a cliff. The three come across a bridge, but the panda is too afraid of heights to cross. Pumbaa tells Timon that it doesn't look very safe, but Timon disagrees and when the meerkat steps on a plank, all the planks fall down leaving two ropes. Pumbaa, with the panda on his head and Timon on the panda's tummy, crosses the rope. But the rope rips apart and the three fall, run into a Chinese man raking, then the Chinese Pavilion, and then the Great Wall of China.

Timon, Pumbaa, and the panda try to find a way out of the Great Wall of China. Timon has an idea to go under the wall. Timon digs a hole, and before the three go in, the meerkat asks the panda if he's afraid of anything that could possibly be in the hole and panda shakes his head no to all of the obstacles Timon mentioned. Timon is ready to get in, but Pumbaa says that the hole's too small for him to fit in. So Timon suggests that they put the panda in the hole first, but the hole is too small for the panda to go in as well. Pumbaa jumps from the top of the wall and the three get in the hole. They then get thrown out of the ground and they land to where they were at the beginning.

Timon finds his and Pumbaa's suitcase and tells Pumbaa they're back where they started. Fearing that he will never find his parents, the panda cries. Timon then rants about how careless and irresponsible the panda's parents were for leaving their child behind, but little does he realize, he is standing under the panda's father, who angrily roars at him.

The panda is happy to see his father. Timon asks Pumbaa how much he thinks their reward is going to be, with the warthog replying that they already got it, which is that virtue is its own reward. Happy to see that the baby panda found his parents, Timon and Pumbaa leave the family alone, but then run into baby rhino triplets who are crying. Believing they are lost, the two friends decide to help them find their parents, with Timon knowing that they are going to be rich after helping them. 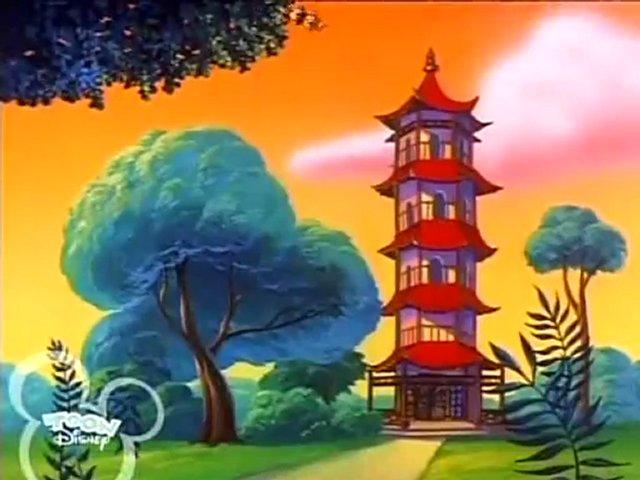 Retrieved from "https://lionking.fandom.com/wiki/Don%27t_Break_the_China?oldid=296549"
Community content is available under CC-BY-SA unless otherwise noted.