A graduate of Sheridan College of Applied Arts and Technology, Rooney started at Disney in 1978,[1] where he worked as a visual effects animator on the movie, Tron.

He was nominated for an Annie Award in 2001 for Outstanding Individual Achievement for Directing in an Animated Feature Production for directing Lady and the Tramp II: Scamp's Adventure.[2]

According to the documentary, "Proud of Simba's Pride," Rooney was under a lot of pressure during production of the sequel. 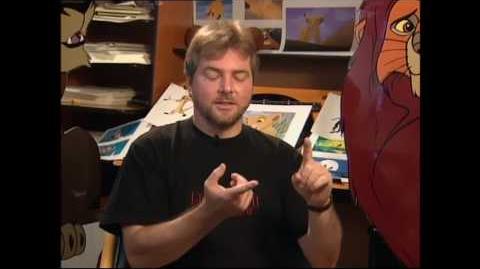 Retrieved from "https://lionking.fandom.com/wiki/Darrell_Rooney?oldid=306700"
Community content is available under CC-BY-SA unless otherwise noted.