"Cooked Goose" is the second segment of the fourth episode of Season 1 of The Lion King's Timon & Pumbaa. It is the third episode of Season 1 to air on the syndicated Disney Afternoon block. It aired on September 22, 1995, along with "Never Everglades".

"The cheetahs resolve to rid themselves of the pesky hyena trio."[1]

Two cheetahs named Cheetata and Cheetato are stalking a wildebeest. When they prepare to pounce, the hyenas show up and Shenzi bites the wildebeest's tail, Banzai bites Shenzi's tail, and Ed bites Banzai's tail. The wildebeest then lets go of the three and the hyenas cartwheel toward a big rock. The trio then fight over who saw the wildebeest first.

Meanwhile, the cheetahs try to find a way to get rid of the hyenas and finally get an idea. The cheetahs walk up to the hyenas, who are at first terrified of them as they believe they are going to eat them, and give the trio a treasure map, telling them to find treasure somewhere in the jungle. The hyenas agree to do so, believing the goods to be chopped liver. The cheetahs go back to stalking the wildebeest, but then the hyenas return to ask them a question, which is how X is spelled. The wildebeest sees the two groups and runs off, much to Cheetata and Cheetato's annoyance.

The cheetahs make a wagon labeled "Serengeti Shuttle" to launch the hyenas into a volcano called Mount Eruptus. The hyenas put helmets on, get on the wagon, and then fight over who's getting in front. The cheetahs launch the hyenas into the volcano and go back to hunting the wildebeest. But then the hyenas show up all black and roasted, which causes the wildebeest to leave again. The cheetahs are saddened by their plans backfiring and leave the hyenas. Cheetato rants about them unable to get rid of Shenzi, Banzai, and Ed when the three are together. This gives Cheetata an idea, which is for them to split up and talk to the hyenas individually to send them on a wild goose chase.

After the hyenas talked to the cheetahs, they find themselves in the North Pole, hunting for a wild goose. When the trio find each other, they argue by telling each other that they were told by the cheetahs that they are "the brains of the bunch," and start fighting again. Shenzi now has a feeling that they have been tricked and the hyenas decide to go back to the Serengeti to find the cheetahs.

Cheetata and Cheetato are now lying on the grass, full from spending three months hunting without any interruptions. When the hyenas show up, the cheetahs try to flee but are too full to outrun the trio. The hyenas prepare to eat the cheetahs, with Shenzi declaring that "cheetahs never prosper." However, a wild goose then shows up and asks the cheetahs and hyenas the direction to a Wild Goose Convention, and the cheetahs and hyenas show him the way. After the goose flies away, the group chases him, fighting over who will catch him. The wildebeest watches on, still maintaining its apathetic glare. 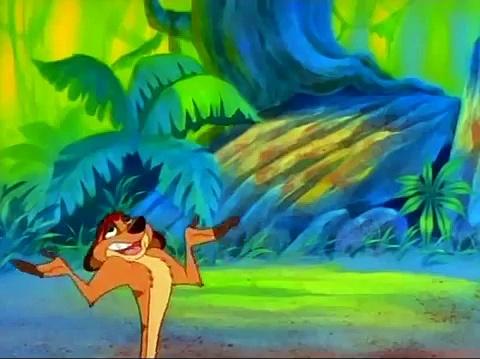 Retrieved from "https://lionking.fandom.com/wiki/Cooked_Goose?oldid=296515"
Community content is available under CC-BY-SA unless otherwise noted.