"Common Scents" is the first segment of the twenty-seventh episode of Season 3 of The Lion King's Timon & Pumbaa. It aired on July 2, 1999, alongside "Mister Twister".

"After smelling Pumbaa, a rich man decides to use the scent for a new perfume."[1]

While Timon and Pumbaa are relaxing in a ravine on a hot day in the jungle, Pumbaa becomes very stinky. The scent goes all the way to a resort, where we meet a man named Donny Gofigure, who is a fashion designer. Gofigure’s assistant shows him that while his jeans and crummy accessories are selling better than ever, his “Eau de Perfume” is just selling okay.

Unsatisfied by what he hears, Gofigure suggests that he needs a new overpriced scent to sell. He then smells Pumbaa’s odor, which he decides to use. Gofigure decides to follow the smell to see where it’s coming from. Back to Timon and Pumbaa, when Timon criticizes his friend’s scent, Gofigure shows up and tells Pumbaa that he can become world’s famous by selling his odor, much to Pumbaa’s delight, but much to Timon’s jealousy.

Pumbaa and Gofigure are now at a laboratory testing Pumbaa’s scent while Timon stands alone watching. The scene then cuts to a commercial presenting a perfume called Pumbaa Cologne, which becomes very popular, making Timon even more jealous. The popularity of Pumbaa’s perfume leads to Pumbaa winning an award for Scent of the Year.

The scene then switches to Pumbaa and Gofigure being at a press conference, with Gofigure telling the people that with the success of Pumbaa Cologne, they have created a new line of Pumbaa products, including hoof-shaped sneakers and brief stunk jeans. Timon becomes fed up of Pumbaa’s popularity and decides to create and sell a perfume of his own, which he calls Timon Spray of Meerkat.

Timon builds a booth at a mall, trying to sell his spray, but everyone ignores him. The meerkat then runs into Pumbaa, whom he criticizes for “purposely ruining everything for him just to sell his Pumbaa Cologne.” Pumbaa then tells Timon that he doesn’t need fame and fortune, he just needs his Bestest Best Friend, making Timon become moved by what he hears. Gofigure then shows up and tells Pumbaa that his cologne has become a hit and that they’ve sold thousands of bottles at $500 a piece. He then shows the warthog that he earned a $1,000,000 check, much to his and Timon’s delight.

However, while Pumbaa is happy about the check, he decides not to accept it, saying that he can’t charge everyone $500 a bottle to smell like him and that he looks at his smell as his life’s contribution to the world. He then lets the world know that Pumbaa Cologne is now free, which they are not satisfied of since it becomes cheap. They therefore decide to buy a $100 toothpaste.

Enraged, Gofigure decides to quit his business with Pumbaa. Timon is now angry at Pumbaa for giving up $1,000,000, with Pumbaa telling his friend that he can’t take advantage of the public like that. The two friends then run into a man who is a member of the Environmental Prevention Authority, showing him toxic chemicals that need to be disposed and telling them that they can earn $1,000,000 for doing so.

While Timon and Pumbaa are disposing the chemicals, Pumbaa becomes smelly again, much to Timon’s disgust. 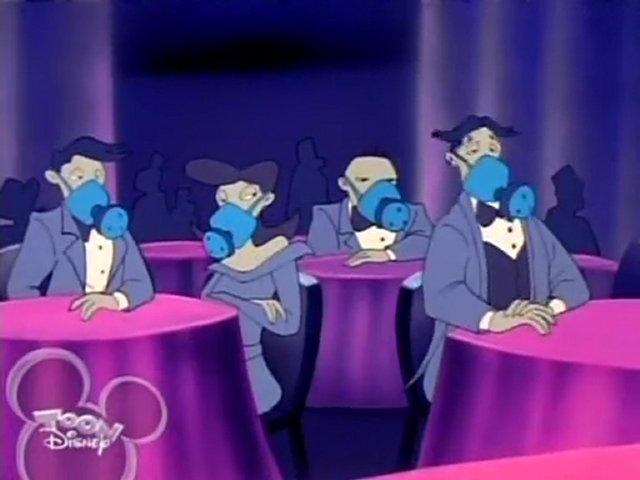