Catch Me if You Kenya

"Catch Me if You Kenya" is the first segment of the tenth episode of Season 2 of The Lion King's Timon & Pumbaa. It aired on October 7, 1996 on the syndicated Disney Afternoon block, alongside "Scent of the South".

"Timon and Pumbaa are out to nab a butterfly collection kept in a collector's tree house."[1]

A butterfly flies around the jungle and lands on a rock. Pumbaa sees the butterfly and tries to scare it away. The butterfly, however, shows no fear in the warthog stalking it and instead gets on his snout. With Pumbaa realizing how cute the butterfly is, he decides not to eat it. Timon then shows up and tells Pumbaa that he saw the butterfly fly by, making Pumbaa quickly hide the insect inside a big black hat before the meerkat sees it. When Pumbaa lies to his friend by telling him that he hasn't seen any butterflies and that there isn't one hiding inside the hat, Timon becomes suspicious and takes the hat off of Pumbaa, revealing there to be other different types of hats under the black one until the original hat comes back.

When the duo gets to the butterfly collector's treehouse, they realize that the house is guarded by his pet tiger, who is shown to be extremely vicious and homicidal. This leads to Timon and Pumbaa trying to figure out a way to pass the tiger. The two friends try various attempts to pass the tiger guard in order to get inside the treehouse such as using a jack-in-the-box, giant rubber band, magic carpet, horse, jet plane, catapult, etc. All of these attempts, unfortunately, backfire.

After all the trouble Timon and Pumbaa went through, Timon tries to think of another plan to pass the tiger, then Pumbaa gets an idea to use a pixie dust to get rid of the tiger. The warthog gets a bag, but Timon doesn't think it will work because he doesn't believe in pixie dusts. The meerkat throws the bag behind the fence and he and Pumbaa see the tiger fly away. 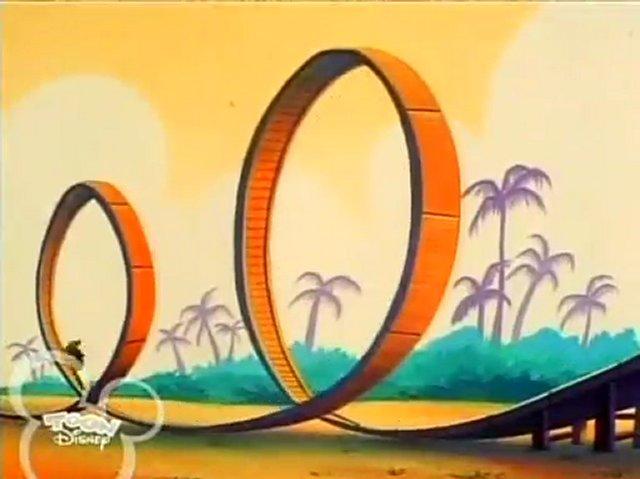