"Broadway Bound & Gagged" is the second segment of the nineteenth episode of Season 3 of The Lion King's Timon & Pumbaa. It aired on May 7, 1999, alongside "Ivy Beleaguered".

"Timon and Pumbaa compete against each other to make the best Broadway play."[1]

While visiting New York City, Timon and Pumbaa join a Broadway play to audition for Bob Coffee, a Broadway dance legend. However, when the two accidentally ruin the show, they get kicked out by Bob.

Timon and Pumbaa then suggest that they should make a Broadway show about themselves, but Pumbaa mentions that putting on a show costs money. Timon points out that in America, all they have to do is sign their names to pay for something, as the meerkat notices a woman charging a hot dog from a vendor. Timon states that the secret to success on Broadway is to think big and tries to come up with a title for their new play.

Pumbaa then suggests they do a show starring both himself and Timon, but Timon tells Pumbaa that every musical with a warthog is unsuccessful, showing him from a book three past musicals with warthogs that he admits has never heard of. Therefore, Timon suggests that their Broadway musical should be 100% warthog-free. Pumbaa tries to convince Timon that they can have a successful musical with a warthog, but Timon refuses to take such chance. As Timon will not include him in his play, Pumbaa decides to make his own musical.

After opening their own Broadway show, Timon and Pumbaa bet to see which one of them can make the best show. As Timon's cast prepare for the show, with Bob hired as director and choreographer and Timon signing a bill for the meerkat costumes, the meerkat decides to go check on Pumbaa. When he arrives at Pumbaa's musical, he sees that the warthog added smoke effects while his cast perform, making the meerkat suggest that he should add lasers to his play. Pumbaa then decides to go see how Timon is doing.

When Pumbaa arrives at Timon's play, Timon shows his friend that he included a rotating stage, which ends up injuring the cast, resulting in Timon signing a medical bill. Pumbaa starts to feel like they're taking the competition a little too far, but Timon insists that they should have more splash and pizzazz than any musical in town. The two continue competing against each other.

Timon and Pumbaa ask for more elements to include in their musical. As the shows go on, the two get more and more bills to sign and as Bob watches Timon's plays, his addiction to coffee increases to the point where he gets sent to the hospital.

Later, Timon gets visited by a lawyer, who asks the meerkat to pay for the expenses. As Timon is unable to do so, he gets kicked out of his own show. Pumbaa also gets kicked out, indicating that he also got a visit from a lawyer and was asked to pay. Timon laments over losing his Broadway show and agrees with Pumbaa that it would have worked out had they worked together. Pumbaa then tells Timon that they've learned that a show starring a warthog can do just as well as a show with meerkats, to which Timon shakes his head in disbelief. 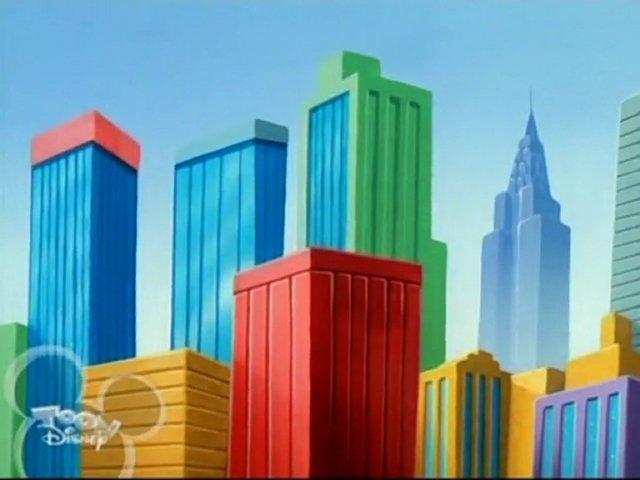