Blair Underwood is an actor who voices Makuu from The Lion Guard.

Underwood is the son of United States Army colonel Frank Eugene Underwood, Sr. and his wife, Marilyn Ann Scales. Due to his father's military career, Underwood spent much of his childhood moving between Army Posts and bases in the United States and Stuttgart, Germany.[1] He graduated from the Carnegie Mellon School of Drama in Pittsburgh, Pennsylvania.

Underwood's debut came with the Warner Bros. film, Krush Groove, which was closely followed by roles in films such as Just Cause, Set It Off, and Deep Impact. Though the role was short-lived, Underwood starred as Dr. Ben Turner in the television series City of Angels. He also voices Makuu, a recurring villain, in Disney's The Lion Guard.[2] 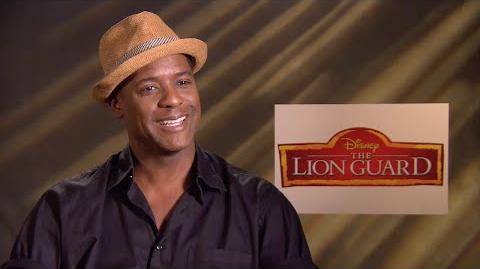 Retrieved from "https://lionking.fandom.com/wiki/Blair_Underwood?oldid=252959"
Community content is available under CC-BY-SA unless otherwise noted.