"Beethoven's Whiff" is the first short from the first segment of the twenty-first episode of Season 2 of The Lion King's Timon & Pumbaa. It aired on November 25, 1996 on the syndicated Disney Afternoon block, alongside "Bumble in the Jungle" and "Mind Over Matterhorn".

Timon is conducting an orchestra composed of several instrument-playing animals. At first, the concert is going beautifully, with a perfect introduction to Beethoven's Fifth Symphony, until Pumbaa interjects with his own music, which falls flat in comparison to the orchestra's earlier music.

At first, Timon puts up with Pumbaa's disruptions, clearly annoyed but more focused on his job as a conductor. The interruptions, however, soon become so disruptive that Timon begins to use his baton to fight with Pumbaa. The fight escalates, nearly destroying the orchestra's instruments, until Rafiki and Simba interject, forcing the two to clean up the mess that they've made. 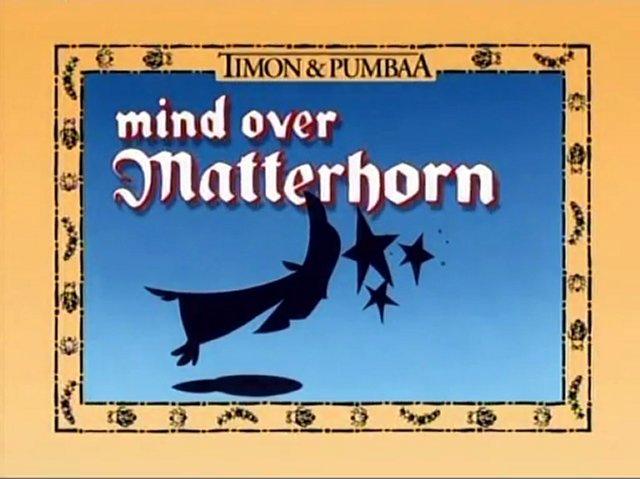