This version of "Be Prepared" is a reprise of the final song heard in The Lion King. It was cut from the film during production, but much like the finalized version, it is sung by Scar and the hyenas. In this version of the song, Scar is years into his reign and sings to the lionesses as they rebel against his decision to exile Nala for her refusal to become his queen and allows the hyenas into the Pride Lands as his executive staff.

"It's time you start thinking hyenas

As part of your daily routine.

Unless you'd prefer to be seen as

A part of hyena cuisine!" 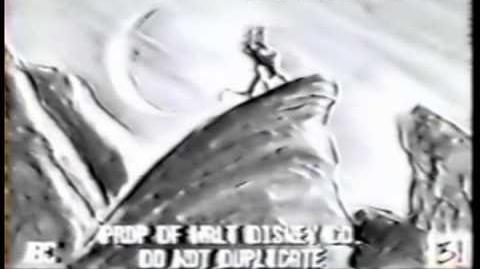 "Be Prepared (deleted)"
The eulogy version of the "Be Prepared" reprise 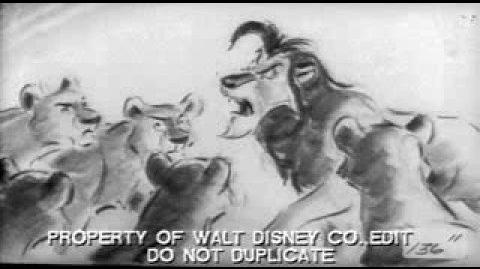 Retrieved from "https://lionking.fandom.com/wiki/Be_Prepared_(reprise)?oldid=259473"
Community content is available under CC-BY-SA unless otherwise noted.