Andy Dick is an actor and comedian who voiced Nuka from The Lion King II: Simba's Pride.

Raised in Charleston, South Carolina, Dick is a graduate of Joliet West High School, where he performed in several high school stage productions and acquired a reputation as the class clown. He went on to become an alumnus of Columbia College Chicago.[1]

Dick first gained recognition while performing on The Ben Stiller Show during the 1992 to 1993 television season. He later starred as Zach Smart in a revival of Get Smart, but it was cancelled after only seven episodes. In the same year, he acquired stardom for his role as Matthew Brock on NewsRadio from 1995 to 1999.

In 2001, Dick created The Andy Dick Show, which only lasted two seasons but has since become a cult hit. He most recently played Owen Kronsky on the ABC sitcom Less Than Perfect, which ran for four seasons from 2002 through 2006. In addition, he has made guest appearances on numerous sitcoms, talk shows, and variety programs, even having a guest spot on the NBC drama ER.

A highly recognized comedic presence, Dick often makes cameos in comedy movies, including The Cable Guy, Old School, Road Trip, and Zoolander. He has had larger roles in movies as well, as he was the second male lead in Best Men. He also played Dr. Claw's assistant in Inspector Gadget and the main villain in The Hebrew Hammer. Recently, Dick lent his voice to Boingo in the Hoodwinked! movies.

Dick also reprised his role as Nuka for the Disney Junior series The Lion Guard.

Dick was married from 1986 to 1990 to Ivone Kowalczyk, with whom he has a son.[2] After the divorce, he had a son and a daughter with Lena Sved. 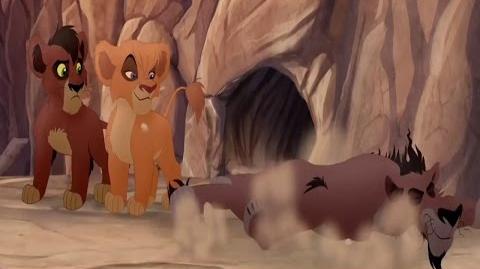 Retrieved from "https://lionking.fandom.com/wiki/Andy_Dick?oldid=286045"
Community content is available under CC-BY-SA unless otherwise noted.