"All Hail the Vultures" is a song composed by Beau Black for The Lion Guard. It premiered on February 26, 2016, in the episode "The Search for Utamu".

"All Hail the Vultures" plays shortly after Fuli the cheetah collapses from exhaustion beneath a dead tree, where Mzingo and his parliament are gathered. With prompting from Mzingo, the vultures sing their anthem, after which one of the members compliments their performance. 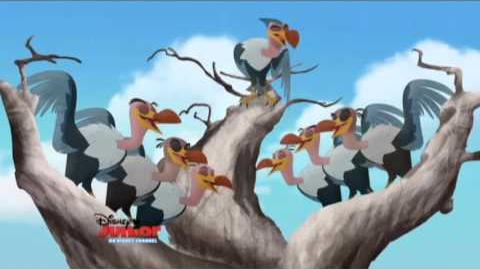