"Timon and Pumbaa have to break out of prison and clear Timon of a crime."[1]

Once the Vulture Police leave, Toucan Dan appears at the window of the cell and taunts the duo for taking the fall for his crimes. An enraged Timon and Pumbaa resolve to escape in order to clear their names. Using spoons, the two tunnel their way out of the prison, but accidentally end up digging their way under the Vulture Police. Caught again, Timon and Pumbaa are thrown back in their cell.

For their second escape attempt, Timon and Pumbaa sneak out of their cell and pull the breakout lever, which releases the other prisoners in the complex. Timon and Pumbaa manage to escape to an abandoned house, where Timon works to remove their bonds. However, they are soon found out again by the Vulture Police, which forces them to find a new hiding spot.

From hiding, Timon insists that they must force a confession out of Toucan Dan. They find Toucan Dan's hideout, where Timon tries several tactics to get Toucan Dan to admit his part in the train car robbery. Each one fails, until the two search his foot locker and find the stolen beak polish. 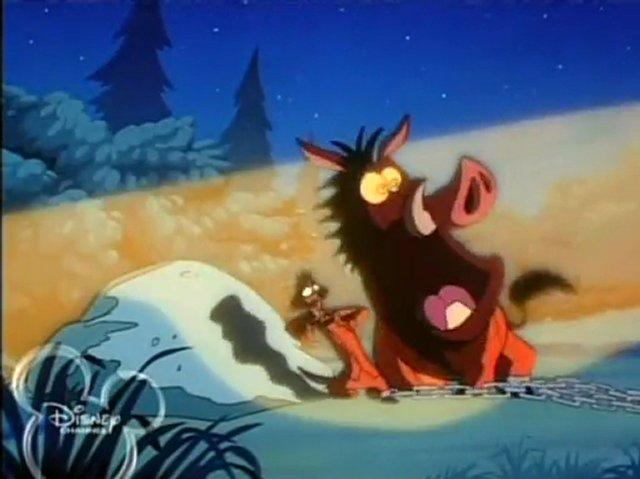