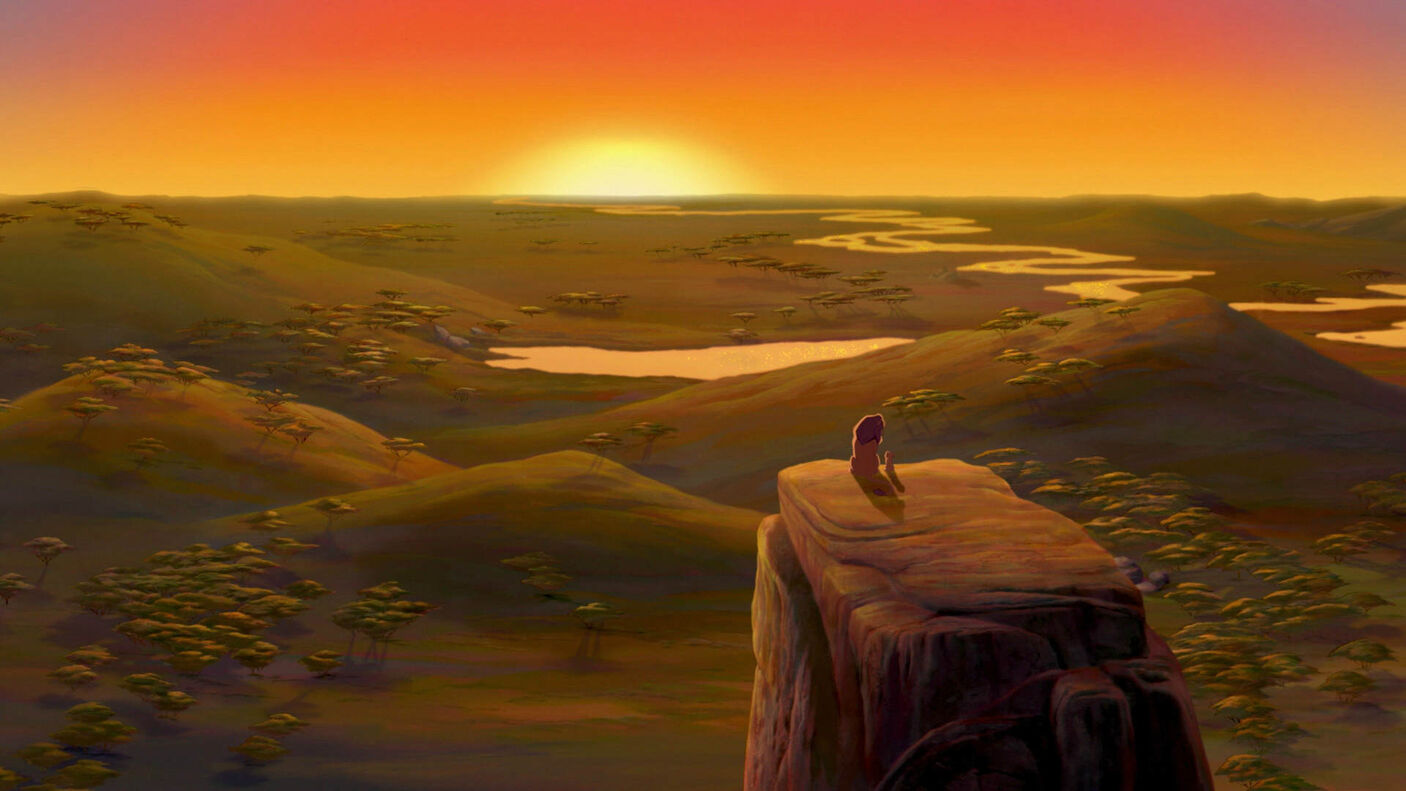 He was arrogant and believed he was better than Mufasa. Ultimately, he underestimated the Great Kings of the Past.

Yes. The Roar of the Elders is a superpower in which the Great Kings of the Past roar with the user.

In my opinion, Rooney used the word without realizing the full definition. He likely meant that Kovu’s father was absent.

I would appreciate any links you have. Thank you!

I personally think we should only use screenshots that we have verified as factual. For example, I saw Darrell Rooney’s statement on Facebook before it was taken down, and Pink and I both saw the early releases of TLG on DisneyNOW, even though there are no links to prove so anymore.

However, in general, we shouldn’t blindly trust screenshots. The Chaka fiasco is one example, as are several other issues (one user tried to claim he talked to an artist who said a concept was of Mheetu; it was, in reality, of Simba). Does this seem fair or no?

Now that people have had a chance to vote, I'll pitch in my two cents.

Kovu/Kiara is my personal fave; their personalities work off one another so excellently, their varied backgrounds make for interesting moral dilemmas and social situations, and, like Pink said, I love seeing a hardened "bad guy" have a redemption arc and turn soft for a sweet girl. Even as a kid, I adored these two.

Second place for me is Mufasa/Sarabi. They're just so wholesome, and Simba had such a rosy childhood under their parentage. Plus, the way Sarabi stays loyal to Mufasa's memory years after his death – and under so much pressure – is a real testament to their love. Wish we could have seen more of them!

Third place is Simba/Nala. They're a real classic, and even though I don't really care for their characters or personalities all that much, they're part of the bedrock of the first film, so. Credit for that.

Last is Kion/Rani. Sorry, Lion Guard fans. Personally, I think Kion should have stayed single; he was still a teen when he got married, and he had so much to fight for back home in the Pride Lands. Seeing him leave his family behind for some girl he'd just met was pretty disappointing, to say the least. 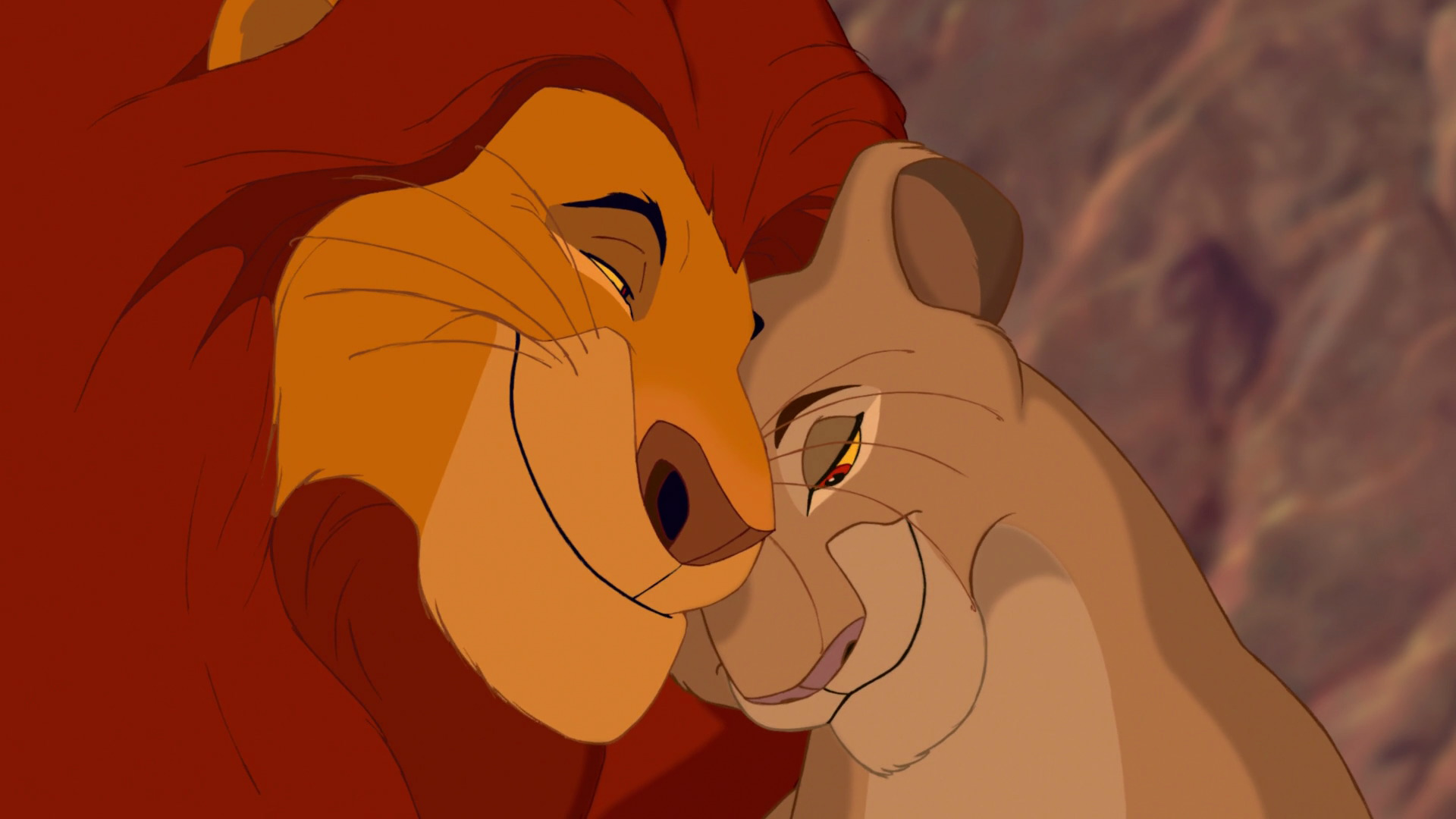 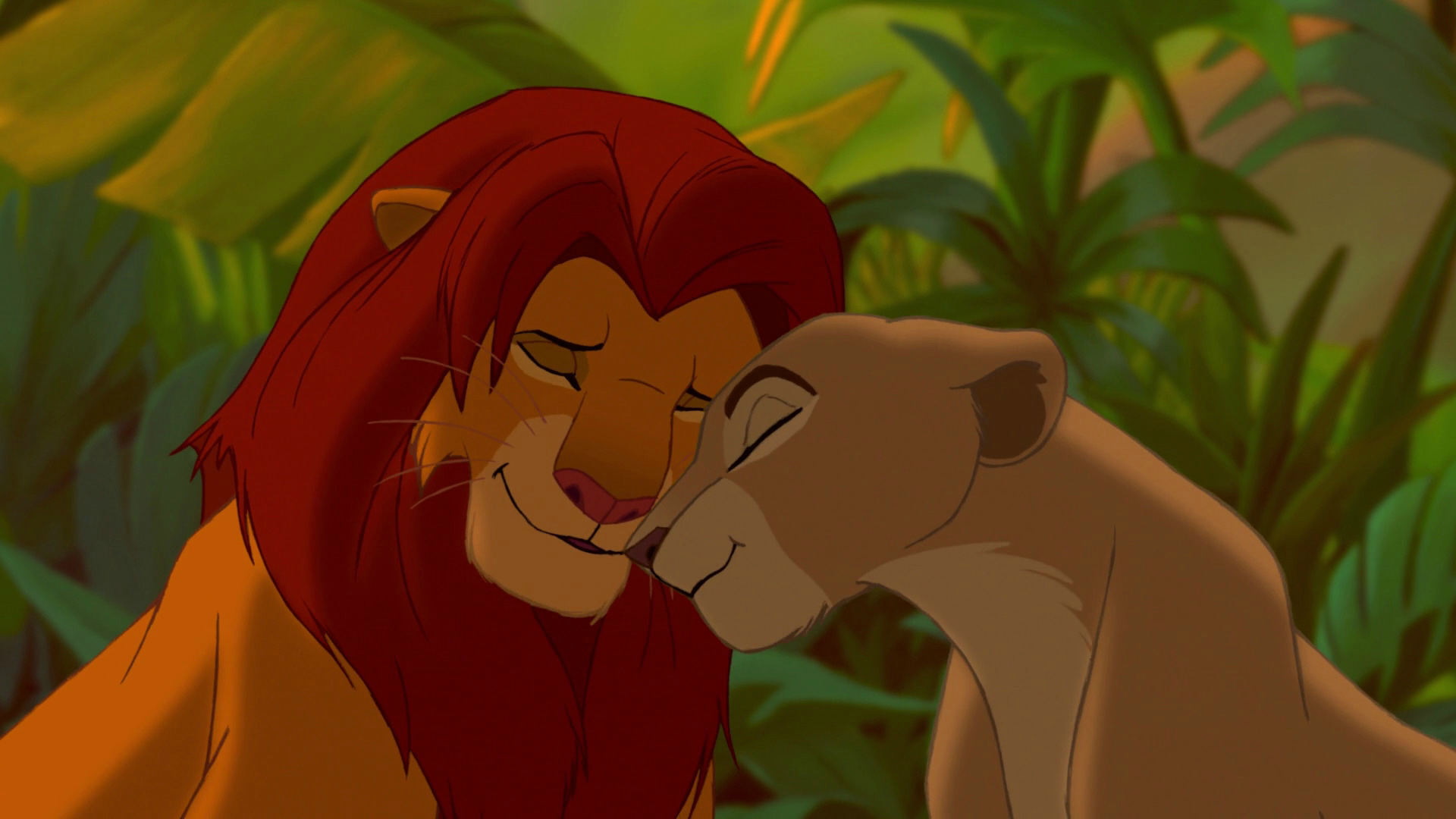 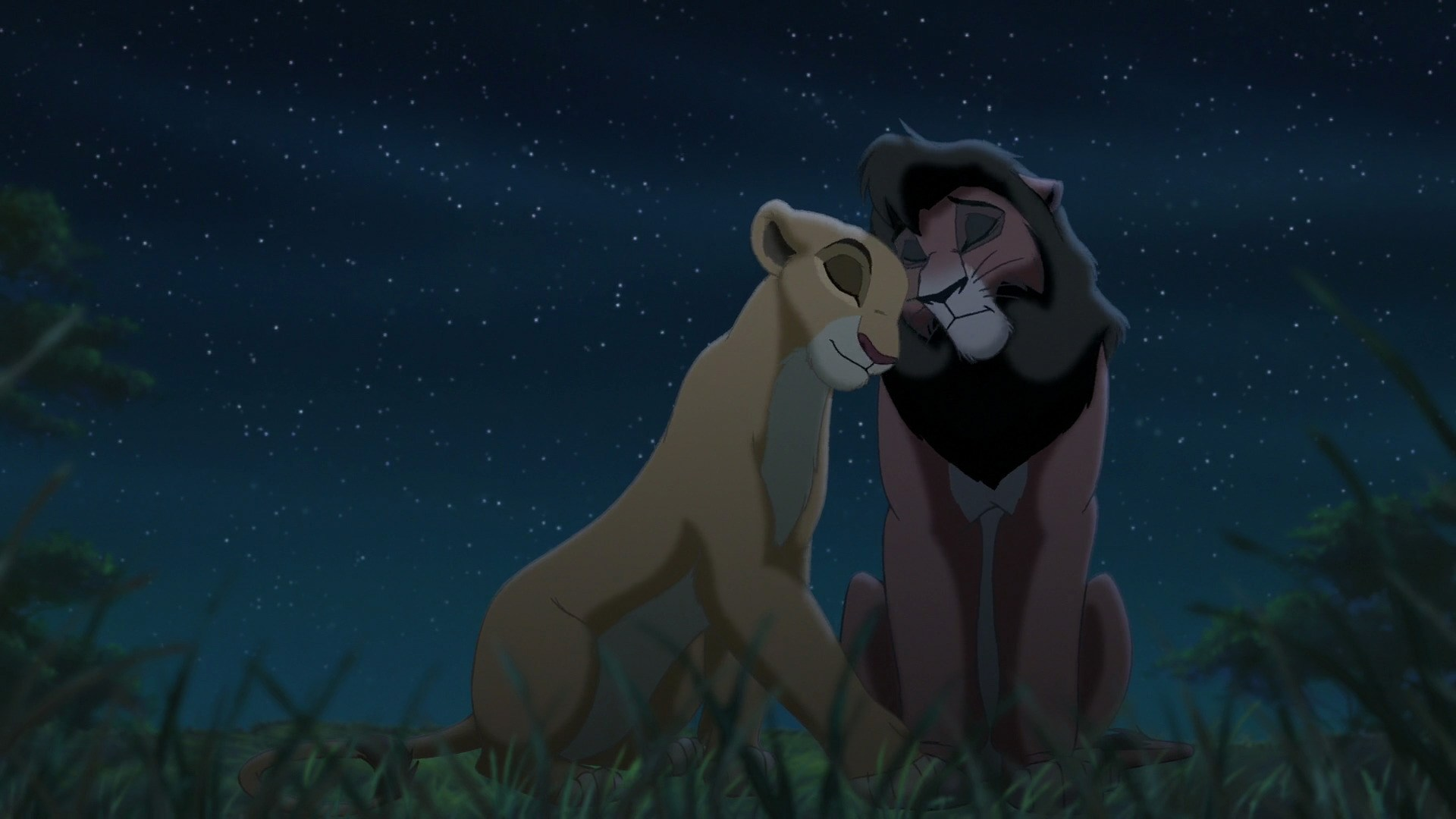 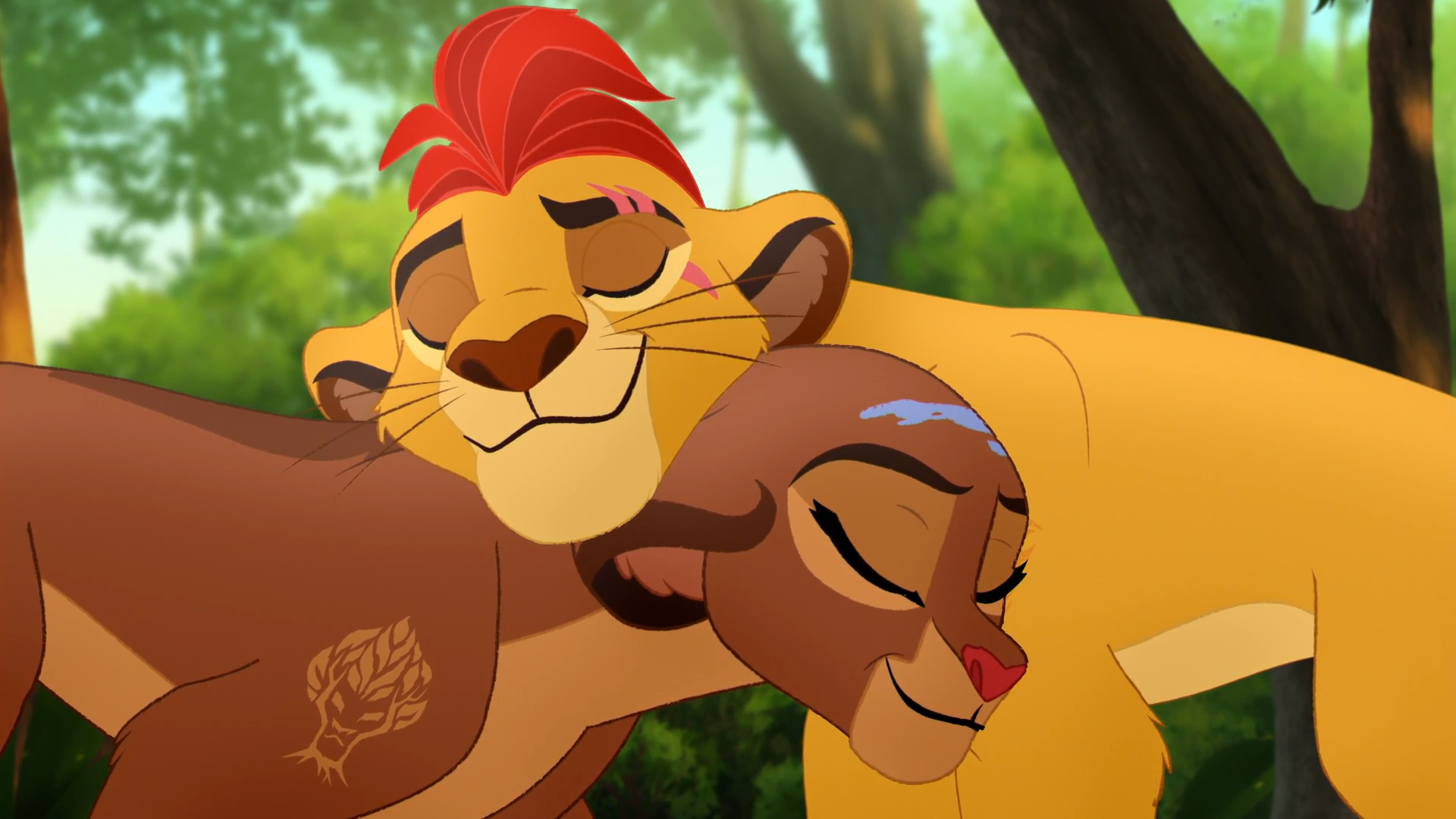 Happy Thanksgiving! I hope you all have a wonderful holiday. Almost time to decorate the wiki for Christmas. :D

My one concern is if the original posts get deleted. For example, Darrell Rooney’s post about Scar and Zira is no longer online (as far as I can find), nor are several Ford Riley Tweets we’ve cited. Not sure how to handle things like that, as I’ve verified these statements exist, even if the links are gone.

Hmm. This is an interesting scenario!

Honestly, I think Sarabi and the lionesses would have left rather than killed Scar. Sarabi even suggests doing so before Scar hits her. As for the hyenas, it’s hard to say. If the lionesses were gone, they’d likely see no need for Scar and therefore be willing to kill and eat him.

I've been debating this for a while, but I'm not sure if screenshots should count as official sources because they're easy to fake, edit, or manipulate. As a matter of fact, there have been times where users have done just that to insert their fan theories into the articles (these fake screenshots have since been removed). I think it would be more appropriate to link to the actual Facebook post or Tweet in question to verify the screenshot's legitimacy, at least if a link is available. Thoughts?

Mohatu is not an official character, as he only appears in a book. If we're sticking purely to the canon, Askari (presumably) had a sibling who ruled Pride Rock many years ago. Outside the canon, Great-Fighter pretends to be Simba's many-greats-grandfather in a comic.

@7KingScar7 No need to apologize! People will disagree sometimes, but it doesn’t mean the post was wrong. :)

There were some artistic similarities, but to say it was a "total rip-off" is extremely hyperbolic. The story was influenced by Hamlet and the biblical story of Moses; the songs and instrumentals were original and beautiful; and the characters' personalities were unique. Also, worth noting, a lot of the side-by-side images of The Lion King and Kimba were taken from the 1997 film, which came out after The Lion King.

In some ways, though it is more Banzai and Ed who are stupid. Shenzi is fairly competent, as she is the one who reigns in her clanmates and sets off the stampede at the right time. Even letting Simba go is understandable; without Timon and Pumbaa, he would have died just as she predicted.

I don’t think it was so much about the hyenas’ incompetence. It was more about Mufasa’s power and protectiveness of Simba. Scar did, after all, still use the hyenas to start the stampede.

It seems to me that Scar was nefarious from the beginning. The "Perhaps you shouldn't turn your back on me," line is pretty telling. Even if Scar isn't outright threatening Mufasa's life there, he's certainly hinting that he is at opposite purposes with his brother and cannot be trusted.

The way I read Scar's plan is that he was fine waiting until Mufasa died, at least initially. In the opening scene, he laments the birth of Simba and sees it as the end of his potential rise to the throne ("I was first in line...until the little hairball was born!"). As a result, he makes an attempt on Simba's life, only for the plan to be thwarted by Mufasa. At this point, Scar realizes that, as long as Mufasa is around, he will protect Simba from any assassination attempts. The conversation with the hyenas is pretty telling; he blames them for Simba's survival, and they protest that they can't possibly defeat Mufasa. This makes Scar realize that, in order to kill Simba and rise to the throne, he must get Mufasa out of the way. He even hints as much at the end of the film when he tells Simba: "You're in trouble again, but this time, Daddy isn't here to save you."

That being said, I don't think it was the hyenas that gave him the idea to kill Mufasa, but rather the failed assassination attempt. It proved that Mufasa had to be taken out in order for Scar to kill Simba.